In 2003, the film director Barbara Kopple set out to make a documentary about the work of five female reporters in Iraq. In Bearing Witness, Kopple—best known for her Oscar-winning portrayal of a grueling coal miners’ strike in Appalachia—turned her camera on the work of women reporting war. She showed the sexism and grittiness but also women struggling with personal travails and demons—alcoholism, loneliness, and, in my case as one of the women, combining motherhood with war.

Kopple wanted to portray women deeply committed to their job—truth-telling under the most hostile circumstances—while trying to be taken seriously in an uber-macho world. 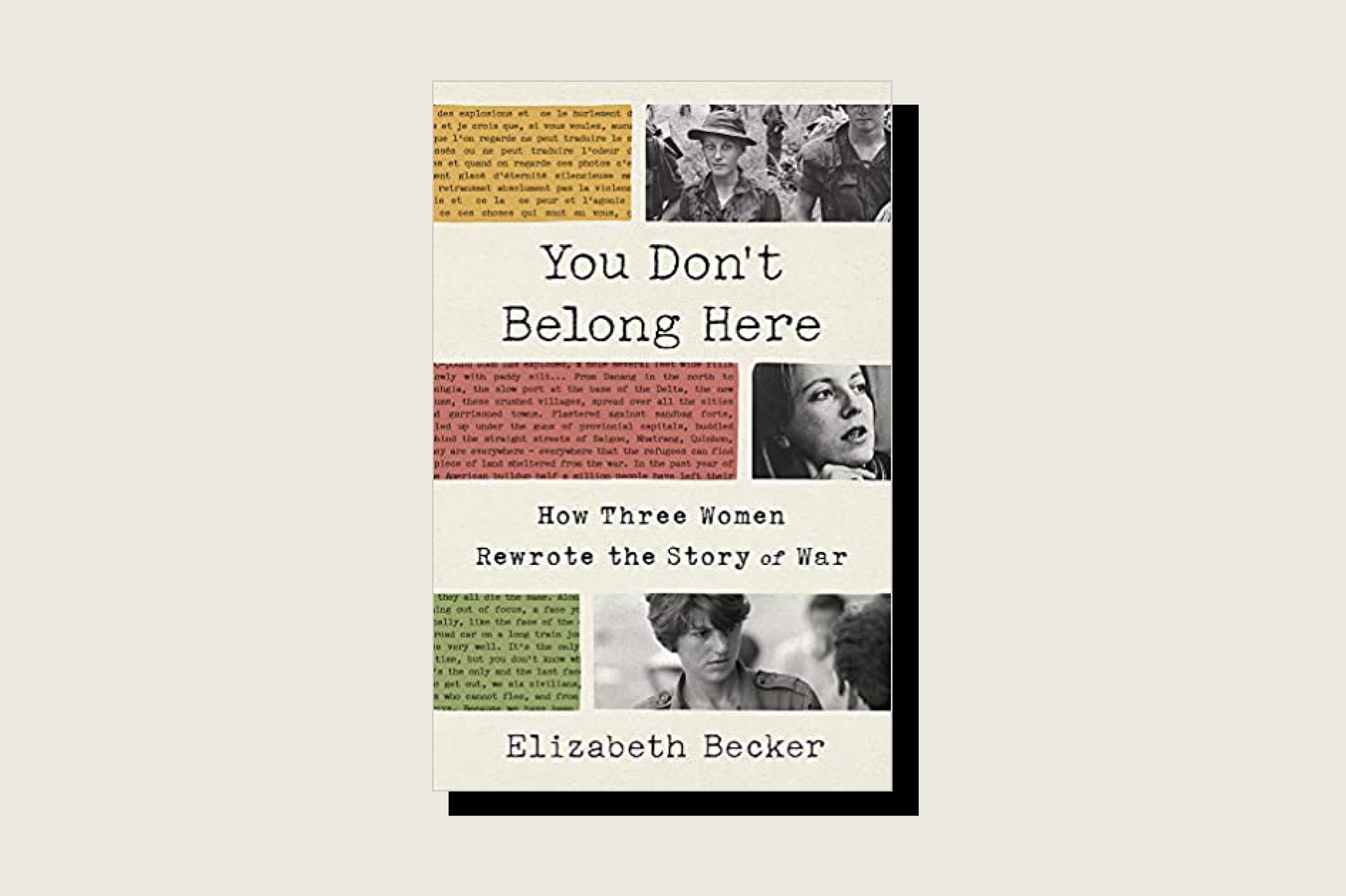 Reading Elizabeth Becker’s new book, You Don’t Belong Here: How Three Women Rewrote the Story of War, I realize how little changed in terms of infiltrating an old boy’s club between Vietnam, where Becker’s book is set, and Iraq three decades later. Even today—despite massive changes in technology and the way the press covers war—all of the hallmarks of clubby sexism and bias remain.

In Becker’s compelling book, three extraordinary women—Catherine Leroy, Frances “Frankie” FitzGerald, and Kate Webb—arrive in Vietnam at the height of the war to try to depict the conflict in unique ways. Each is determined to make her mark and to make the war her own. Each becomes captivated by the country, drawn in deeply, and committed to the people and culture. They are equally appalled by the horror of the atrocities and intent on bringing to light the murky U.S. foreign policy in the region.

Leroy—angry, intense, driven—takes enormous personal risk to shoot intense, close photographs that highlight the raw emotion of war: the fear, the mud, the boredom, and the chaos. What she suffers—the isolation, the sneers at her physical appearance after she’d spent grueling days working in the field, and the hard battle she fought just to be accredited as a press photographer by the U.S. military—is infuriating. Her sheer courage and plucky determination to keep going despite getting little support and comradery makes her, to me, the most compelling, if self-destructive, character in the book. 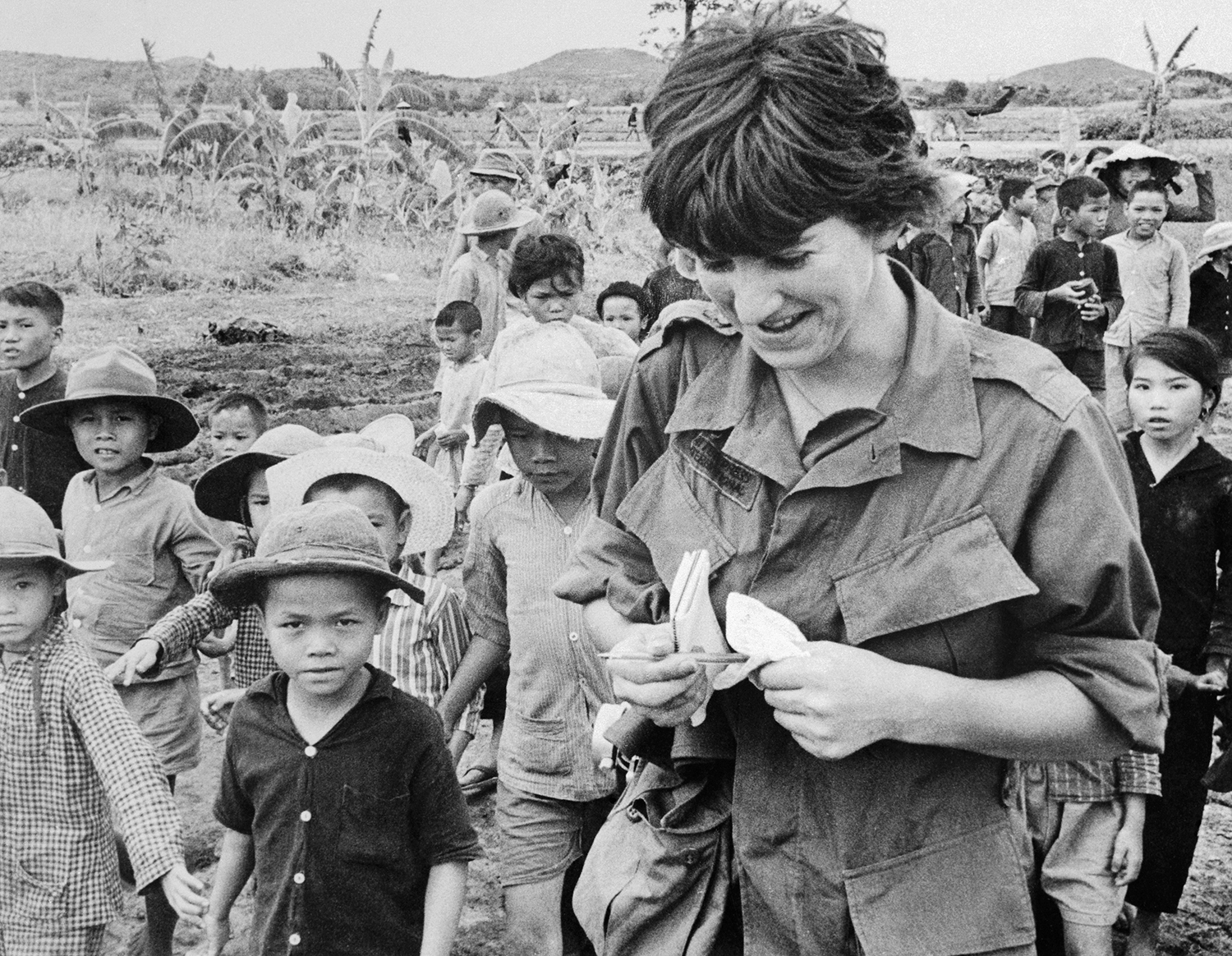 Webb at a refugee camp during the Vietnam War, circa 1968. Bettman Archive/Getty Images

Webb also exemplifies courage. She insisted on going down roads and into the field even when it was far too dangerous and ended up getting captured by the North Vietnamese. Her death was widely reported. Her family mourned her and began preparation for memorial services. Yet several weeks later, Webb marched out of a field, stricken with malaria, half-dead, but alive enough to recount the story of her capture.

FitzGerald, a beautiful debutante from a wealthy family, cast a unique light by portraying the war from all three sides—U.S., South Vietnamese, and North Vietnamese—and winning respect from her colleagues. Her groundbreaking history of Vietnam, Fire in the Lake, is still regarded as one of the most profound and comprehensive studies of the war. (In 1980, she also became one of the first women to join the editorial board of Foreign Policy.)

But all of them were derided at the time. Becker told me she took the title of her book from a remark made to Leroy by a male French photographer who later apologized to her for the statement. Sir Don McCullin, the much-lauded English photographer, echoed what these women had to endure in an essentially hostile male-dominated environment while working under conditions of great duress: “[Leroy] did not want to be a woman amongst men but a man amongst men. Why would a woman want to be amongst the blood and carnage?” For McCullin to say this shows how tough the three women’s job was and how determined they were to stick it out for so long.

The three women Becker chose to tell the story of the war couldn’t have been more different. Leroy was tiny and French, feisty and gusty, a master parachutist, and a loner. She loved fashion. “[S]he had become Saigon’s Twiggy,” Becker writes. Leroy was as free with her sexuality as most of the men were—but she was a woman and got labeled with the sobriquet “slut,” Becker told me. But Leroy was also headstrong, devoted to getting the photograph, and willing to push past any man to get the shot she needed—hence, annoying the hell out of them. Decades later, my comrades in the field—female photographers and camerawomen—suffered the same fate. 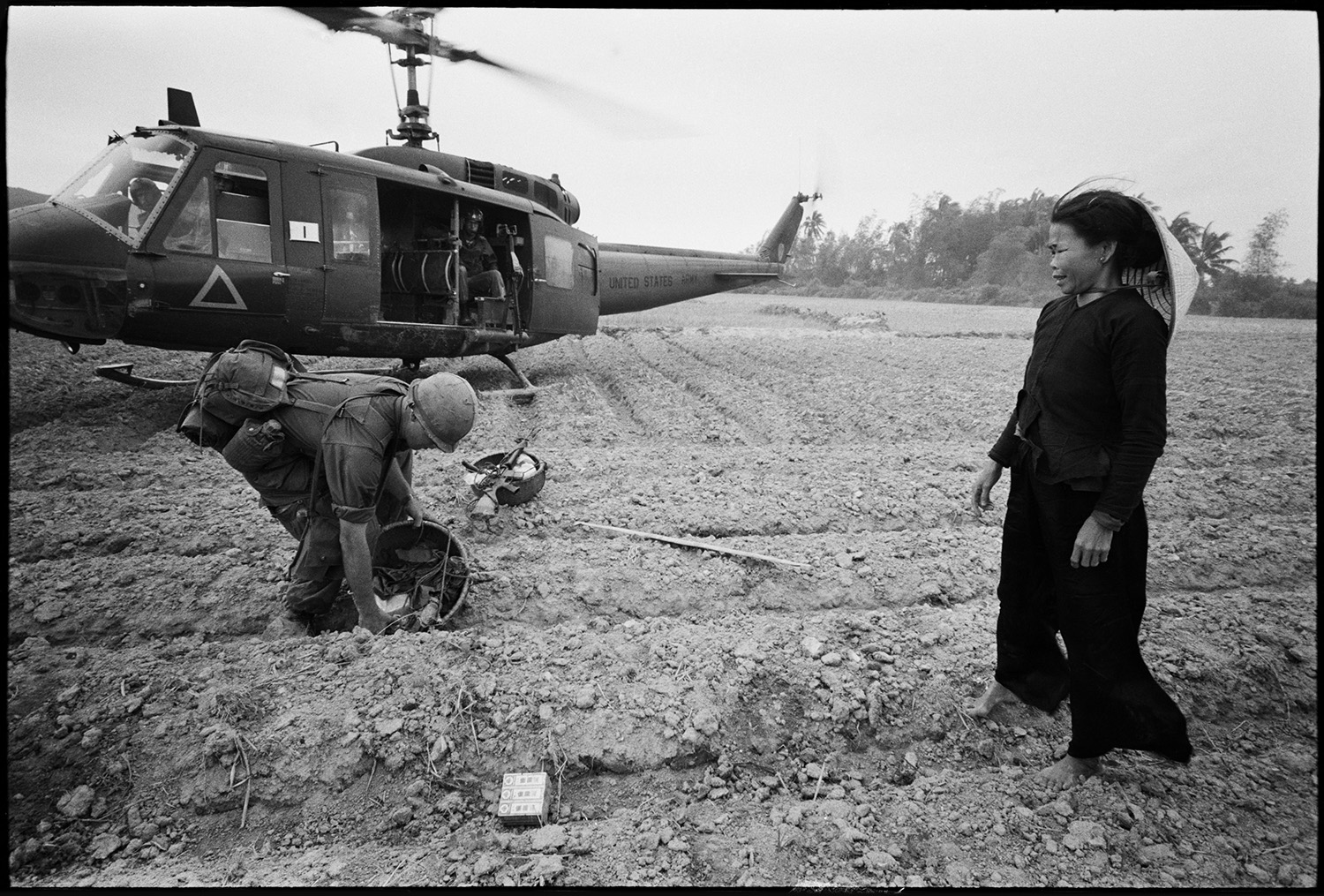 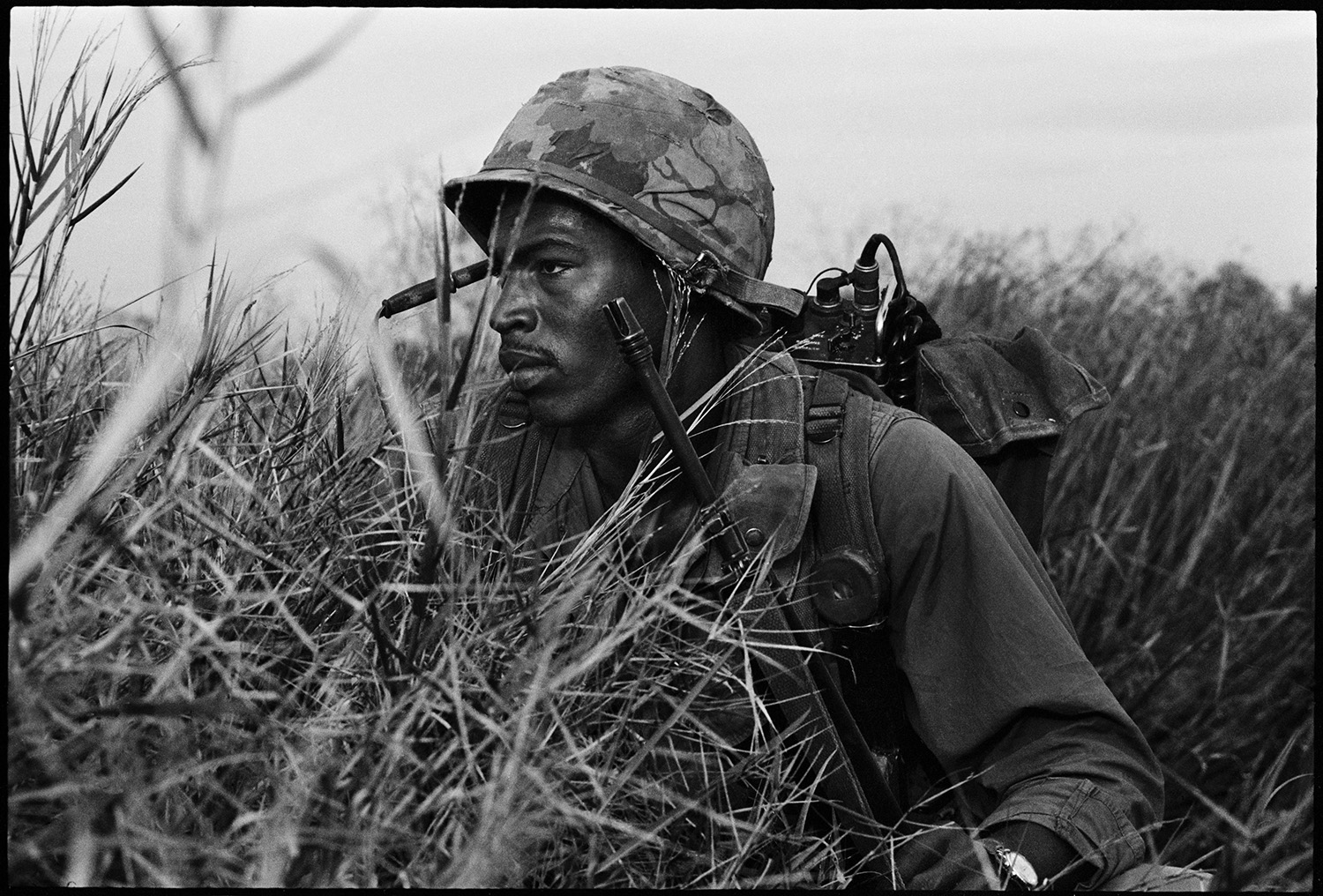 Leroy also unabashedly spoke her mind, an attribute that did not hold her dear to the mostly male press corps. In one particularly cringeworthy scene, Becker describes a furious Leroy, beautifully dressed, strutting on stage to accept a coveted award in New York City. But when she reaches the stage, she begins lambasting her bosses and her colleagues to the horror of the audience. In another time, one would applaud her: You go, girl! But in the era that she lived and worked in, she was shunned and avoided. After Vietnam, she paused for a while before going on to do some of her best work in the civil war in Lebanon.

Webb came from Australia with a dark, traumatic past and a determination to succeed. Quiet, shy, but steadfast, she suffered untold humiliation as a reporter in a man’s world—and had to closet her femininity in order to be taken seriously. She became a hard-drinking, chain-smoking, skilled reporter and trusted colleague. She rose to run the UPI bureau in Phnom Penh—unheard of for a woman.

“Webb hated being called a girl reporter,” Becker writes. “[S]he felt it was a way to dismiss her accomplishments.” Yet she was a woman, with a woman’s needs and wants often pushed to the side to accommodate a toughness she was forced to uphold.

FitzGerald was perhaps the luckiest of the lot. Her patrician ancestry included a father who was a CIA supremo and a mother who was a socialite lover of Adlai Stevenson and who later became the U.S. representative to the United Nations Commission on Human Rights (mainly because of her connections to the Kennedy clan). FitzGerald’s father gave her a check for $100,000, close to $1 million in today’s money, when she graduated from Radcliffe College, which allowed her to live well in Saigon on a freelance income. She never had to sleep in cheap hotels as Webb or Leroy did or fight to get paid properly. 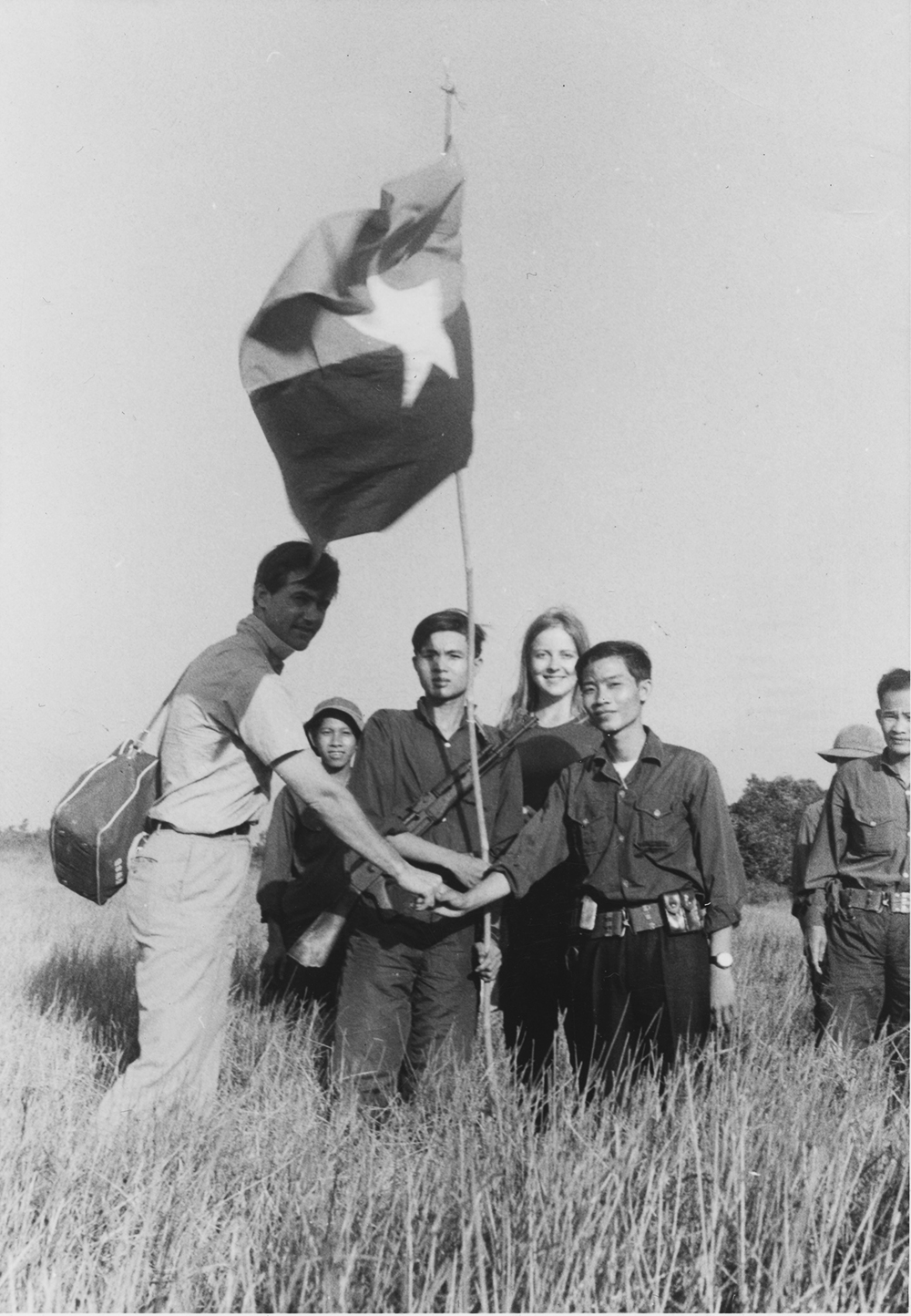 Frances FitzGerald reports from the National Liberation Front in South Vietnam in 1973. Courtesy of Frankie Fitzgerald

FitzGerald had a golden address book, and on landing in Saigon, she immediately became the girlfriend of Ward Just, one of the most respected male reporters in the press corps. The relationship protected her from gossip and gave her an instant social life. She later had a romance with Kevin Buckley, a Yale University graduate and Newsweek correspondent who helped her establish her credibility as a reporter.

FitzGerald’s Saigon was not a tough ascent like Webb’s or Leroy’s. When she fell ill, her overbearing mother flew in and whisked her off to private hospitals and linen sheets in Singapore. When she wanted a break from war, she flew to a distant cousin’s lush castle in Ireland. When she wanted to publish her essays, the New Yorker and the Atlantic opened their doors to her.

Still, despite her lofty credentials, education, and hard work and research, FitzGerald was still not taken seriously until she published Fire in the Lake. She still had to struggle to be recognized as one of the few journalists to report the war from all three sides. Her commitment to the country was established. As Becker told me: “She was the only debutante reporting from Vietnam! She didn’t have to be there.”

What Becker really wanted to achieve with You Don’t Belong Here is a book about Vietnam told through the eyes of three women who loved the tragic country. “I wanted to write a book about Vietnam that was readable,” she told me. “Narrative journalism—literary journalism that you could read [in order to] understand the Vietnam war through the eyes of these women.”

Becker finishes the book with her own story of how she came to work in Cambodia as a journalist and fell under the spell of Indochina, writing extraordinary dispatches from the Khmer Rouge era. When Becker meets Webb for the first time in the Hong Kong airport—Becker is arriving in Asia and Webb is departing—Webb asks her why she left her safe home in Seattle to cover a war. Becker pauses and replies that Cambodia is integral to her studies—but in reality, she is more intrigued by the escalation of the U.S. bombing campaign and the legacy of the women, such as FitzGerald and Webb, who worked in Vietnam before her.

Becker’s book does an excellent job of bringing back what my colleague in Bosnia, the New York Times reporter John F. Burns, once nostalgically called “that time, that place, of war.” She writes beautifully of the heartache the women suffer, their struggles to be taken seriously, the guffaws, the catcalls, the daily small humiliations that amounted to the French photographer’s fierce indictment: You don’t belong here. 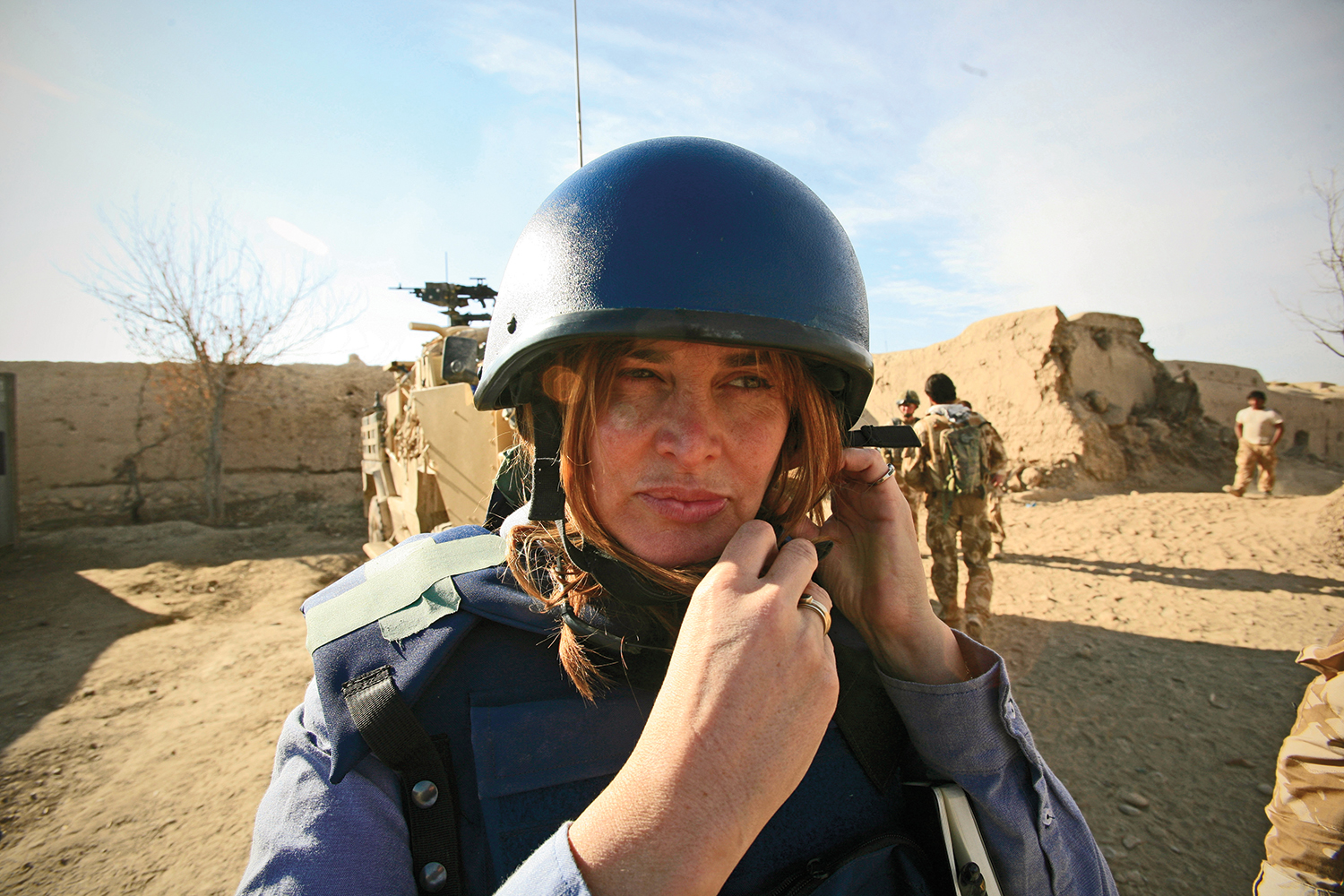 But they did belong. And the proof is their legacy. Fire in the Lake stands next to the greatest historical records of the Vietnam War. Leroy’s startling images of wounded Marines being carried by their comrades are some of the best photographs of the war; her “Corpsman in Anguish” is iconic. And Webb, much to the annoyance of her male colleagues, will always be remembered as the first wire reporter to reach the U.S. Embassy in Saigon during the 1968 Tet Offensive, hiding behind a wall, taking notes, and beating them to the scoop. Interestingly enough, none of the three women had children, and only FitzGerald married—and not until the age of 50. Leroy and Webb died too soon and tragically. But all of them are legends.

When I first went to cover the war in Bosnia in 1992, the last of the Vietnam press corps were still alive and still working. The stories they told over late-night whiskey and cigarettes with shelling and sniper fire in the background were often of these remarkable women whose work superseded the heavy obstacles they faced. 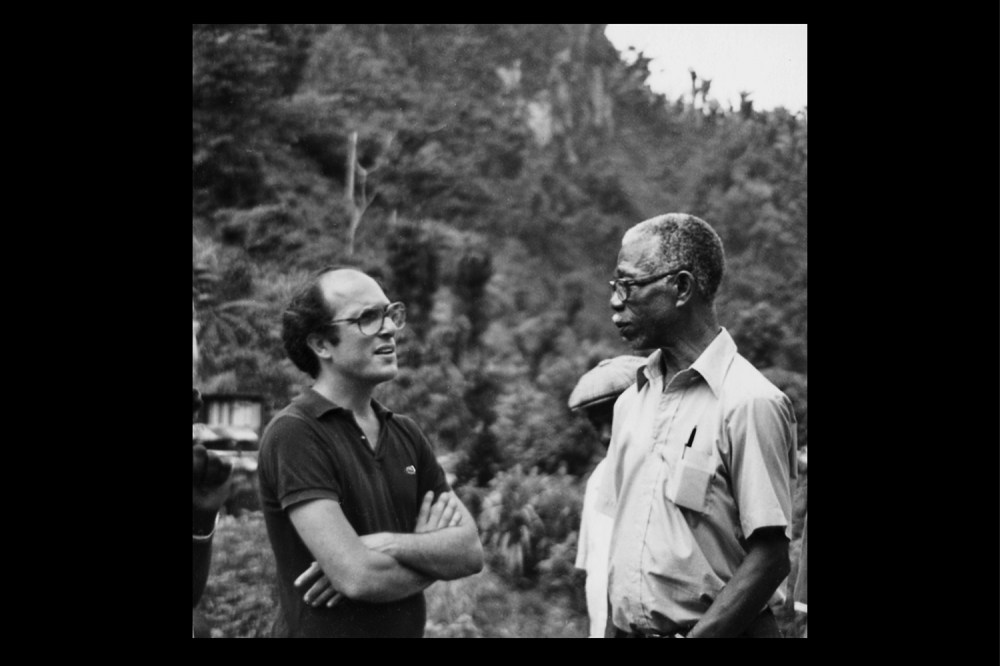 The Best Humanitarian You’ve By no means Heard Of 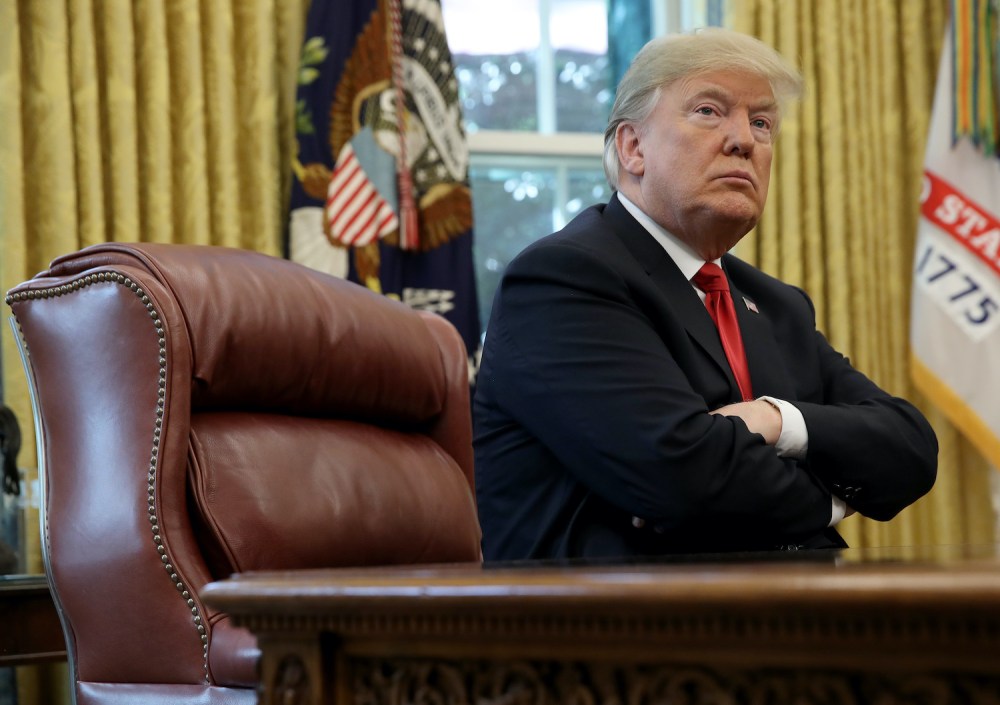 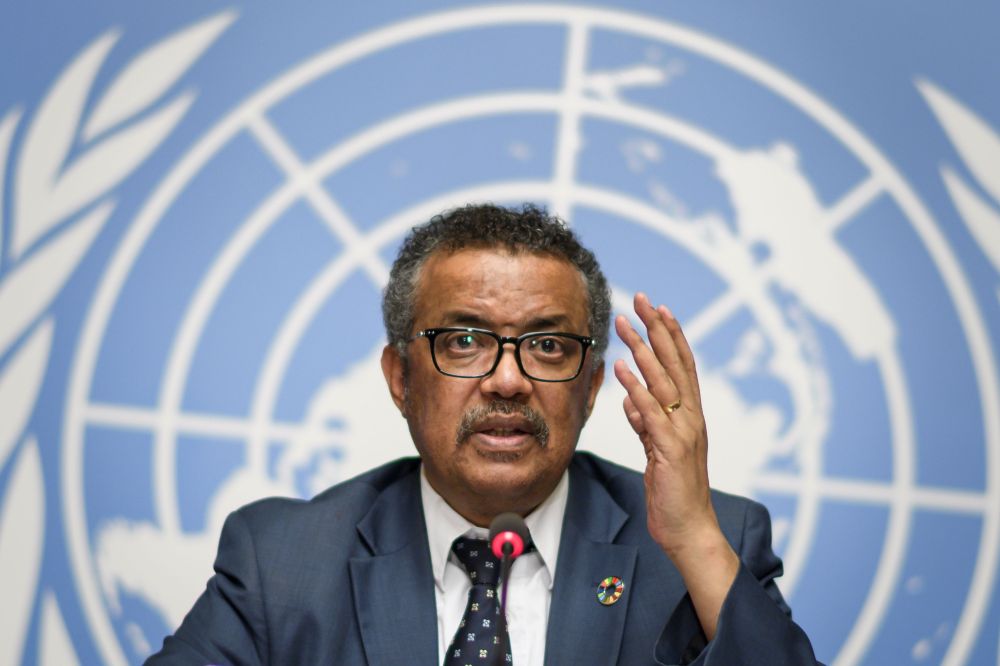 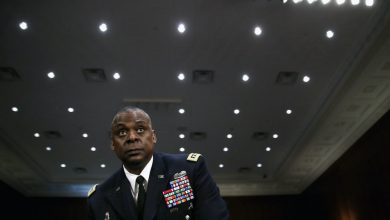