President Donald Trump took to Twitter on Friday to fume that his wife Melania has not been featured on one magazine cover as First Lady. This is in direct contrast to her predecessor Michelle Obama, who was featured on twelve covers as First Lady.

Trump Calls Out Magazines For Not Featuring Melania

Trump retweeted a Brietbart News article that included the caption, “The elitist snobs in the fashion press have kept the most elegant First Lady in American history off the covers of their magazines for 4 consecutive years.”

Trump added that Melania is, “The greatest of all time. Fake News!”

The greatest of all time. Fake News! https://t.co/jiWjLrynQW

During her time as First Lady, Michelle was on twelve magazine covers, including three for Vogue alone, according to Daily Mail.

Prior to marrying Trump, Melania made her living as a model, meaning that she is arguably more qualified to be on magazine covers than any other First Ladies in history. Before becoming First Lady, Melania was even featured on the cover of Vogue wearing a Christian Dior wedding dress in February of 2005 after her wedding to Trump.

Related: Top Magazines Slammed For Putting Michelle Obama On Covers And Not Melania

Many social media users agreed with the president that it’s a travesty that Melania has not been on any covers.

“Melania is always, always stunning and elegant!!! It is their loss of millions to not have published cover stories of our lovely Melania so loved by Patriots,” wrote one Twitter user, with another adding, “Really sad. Melania is beautiful and has a huge heart.”

“I so agree!” a third user commented. “Not only is she beautiful and classy, but intelligent, hardworking and kind. I sent her a gift from us @ Nifty, and she took the time to hand write a note back to me. I appreciate all that she stands for @FLOTUS Merry Christmas!”

Woods Calls Out Magazines As Well

The Hollywood star James Woods called out magazines for not putting Melania on their covers earlier this year.

“If you need any further proof of the shameless bias of the liberal mainstream media, the most stunning First Lady in American history has never graced our nation’s major style magazine covers… @FLOTUS @realDonaldTrump,” he tweeted.

If you need any further proof of the shameless bias of the liberal mainstream media, the most stunning First Lady in American history has never graced our nation’s major style magazine covers… @FLOTUS @realDonaldTrump pic.twitter.com/qvL07hVdT9

This piece was written by James Samson on December 26, 2020. It originally appeared in LifeZette and is used by permission. 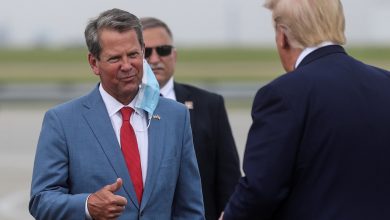 Biden to go to UK, Belgium for G-7 and NATO conferences in first abroad journey as president