Disgruntled Former White House Press Secretary Stephanie Grisham revealed on Thursday that a band of former Trump administration officials, including herself, are working on a coordinated campaign to essentially attempt to thwart any possible 2024 presidential run by former president Donald Trump.

Grisham said that the group numbering about 15 is plotting to prevent Trump from what Grisham called, “bringing chaos and destruction to the country” if he ran for a second term in 2024.

Melania’s ex-Chief claims 15 former Trump aides are plotting to STOP him from running in 2024 https://t.co/JwNL21hAV3

RELATED: MSNBC’s Chuck Todd Gets Heated With Republican Guest For Saying He Would Support Trump In 2024

Hoping To Convert The Masses

Grisham told CNN on Thursday that what started out as informal chats by horrified elites grew into “throwing around ideas” about what could be done, how to “formalize” the group, and also recruit more members.

However, Grisham added that she just didn’t want to talk about Trump, but those in his inner circle:

‘I just think that it will be important for people in this country who are still supporting him to hear from people who actually worked with him day in, day out, worked with a lot of people in his inner circle. We’re not going to just talk about, you know, the former president. We’re going to talk about the people who are surrounding him still now and who they really are.’

A report from CNN reveals some of the cabal working with Grisham. There are some familiar but not surprising names on the list.

Among those invited are Chris Krebs, former director of Cybersecurity and Infrastructure Security Agency inside the Department of Homeland Security.

Sarah Tinsley, spokeswoman for Bolton, confirmed she would be attending the meeting. A spokesman for Krebs would not confirm or deny.

Stephanie Grisham also said that she had met with the House Select Committee on January 6. Grisham had this to say regarding what she says is her only knowledge of that day was,:

“All I know about that day is he was in the dining room, gleefully watching on his TV, as he often did. ‘Look at all of the people fighting for me,’ hitting rewind, watching it again. That’s what I know.”

If Grisham shows for the meeting, that will be one more time than she showed up to the briefing room.

Former White House Press Secretary Stephanie Grisham, who never held a press briefing, was also Chief of Staff to former First Lady Melania Trump. Back in September, she published a “tell all” book entitled, “I’ll Take Your Questions Now: What I Saw at the Trump White House.”

In the book, she attempted to portray the former First Lady as an out of touch elitist.

During her stint as top assistant to Mrs. Trump, Grisham claimed that during the violence that broke out at the Capitol, she asked the First Lady if she would like Grisham to tweet, “peaceful protests are the right of every American, but there is no place for lawlessness and violence.” She says that the First Lady replied, “no.”

Another tale from the Grisham tome implied that Melania Trump had no interest in scheduling the traditional tea that takes place between outgoing and incoming First ladies, in this case, herself and incoming First Lady Jill Biden.

At the time Melania Trump blasted the book as, “an attempt to redeem herself (Grisham) after a poor performance as press secretary, failed personal relationships, and unprofessional behavior in the White House.”

A grand meeting of losers. Desperate and pathetic. 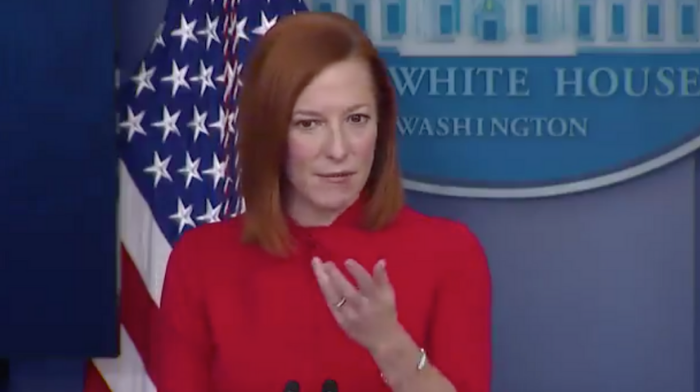