Brennan told MSNBC on Wednesday during the presidential inauguration that the Biden administration is apparently bringing parts of the national security state against “insurgency” movements comprised of Americans.

.@JohnBrennan: Biden intel community “are moving in laser-like fashion to try to uncover as much as they can about” the pro-Trump “insurgency” that harbors “religious extremists, authoritarians, fascists, bigots, racists, nativists, even libertarians” pic.twitter.com/SjVXWhPhR8

“I know, looking forward, that the members of the Biden team who have been nominated or have been appointed are now moving in laser-like fashion, to try to uncover as much as they can about what looks very similar to insurgency movements that we’ve seen overseas, where they germinate in different parts of the country and they gain strength, and it brings together an unholy alliance frequently of religious extremists — so authoritarians, fascists, bigots, racists, nativists, and even libertarians.”

Libertarians Are A Threat?

Libertarians? As if it’s not bad enough that many regular Republicans or Trump supporters are being called “racists” and worse, Brennan is now equating libertarians with fascists?

For a quick rehash: the main thrust of libertarians’ belief system is that the government should largely just leave people alone.

In other words, it couldn’t really be more different from the totalitarian ideology of fascism, where government controls every aspect of a citizen’s life.

And speaking of totalitarianism, Brennan famously voted for a real-life Communist for President.

In 1976, Brennan voted for the leader of the Communist Party USA, Gus Hall.

Are any of us safe?

It should be noted that there were no rightwing acts of violence to speak of on Inauguration day as U.S. intelligence officials had warned.

There was plenty of leftwing violence in Portland and Seattle on Inauguration day.

If there were any warnings from the FBI or other agencies about possible leftwing violence, they were not widely reported.

For libertarians who are applauding that the Biden administration will “fIgHt FaSciSm”, this is what it will really look like: anyone who opposes government overreach will be lumped in with domestic terrorists.

Greenwald said that Democrats, led by President Biden, have launched a war on domestic terrorism to “essentially criminalize any oppositional ideology to the ruling class.”

“There is literally nothing that could be more dangerous, and it’s not fear-mongering or alarmism to say it,” Greenwald told Carlson.

In his inaugural address, Biden promised to defeat “political extremism, [and] White supremacy” in the wake of the Capitol Hill riot on January 6th.

Greenwald said of Brennan’s comments, “He’s defining the insurgency as anyone who has an ideology other than neo-liberalism,” and the reporter predicted that authorities will try to utilize “the tools they used to take ISIS off the Internet … the tools used to destroy Al Qaeda.”

Greenwald noted that the legislation for some of these authoritarian measures is already in play.

“There are bills pending by Adam Schiff that would simply take the existing war on terror legislation always aimed at foreign governments and foreign actors, and simply amend it to say we can do that within the United States,” Greenwald warned.

Greenwald said he hopes these measures would make people rethink the conventional political divide, criticizing the myopic belief “that the way to understand Washington is Democrat versus Republican, and that you side with one team and believe they are on your side in defending your interests, and the other team is your enemy.”

If you oppose increased domestic surveillance on US soil then you must be happy that people are killed, reasons this Democratic Congressman, reading directly from Dick Cheney and Bill Kristol’s 2002 script: https://t.co/rKCtAQ6NdO

The Truth About The ‘Two Party’ System

Greenwald pointed out that, on some matters, like war, there aren’t two parties. There is only one party.

“It’s not true,” he insisted. “There is a ruling class elite that is extremely comfortable with the establishment wings of both parties … who they fund equally because those are the people who serve their agenda.

“Then there’s a whole other group of people at whose expense they rule in,” Greenwald added. “Some them consider them on the left, some on the right.”

“It’s time to break down those barriers,” Greenwald said. 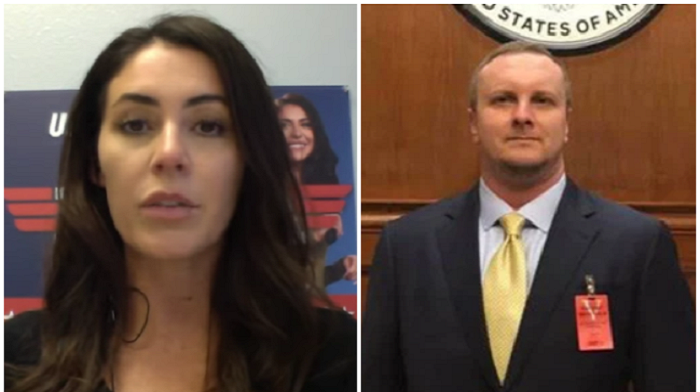 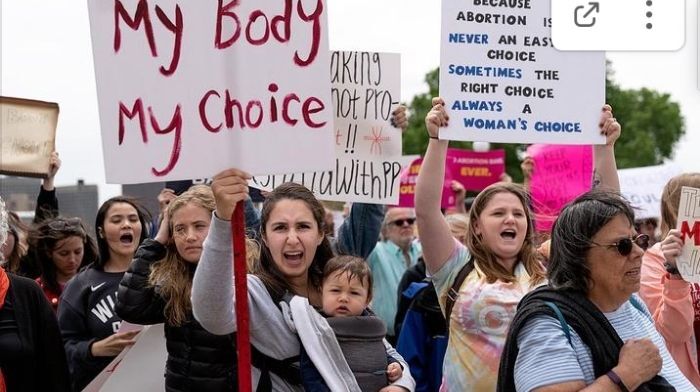