By Philip Wegmann for RealClearPolitics

At the White House on Thursday, the president’s press secretary was confirming reports that the United States had agreed to supply Mexico with excess coronavirus vaccine when she stumbled into a potential problem.

The two nations have struggled to stem the surge of migrants at the southern U.S. border, and reporters wondered whether the agreement to send doses of the AstraZeneca vaccine was part of a larger agreement to increase cooperation on border security.

“There have been expectations set outside of, unrelated to, any vaccine doses or requests for them, that they would be partners in dealing with the crisis on the border,” Jen Psaki said, accidentally repeating the exact term the White House has taken pains to avoid.

Even as the number of crossing attempts reaches its highest level in two decades, Democrats have rejected Republican claims that the situation is “Biden’s border crisis.” In fact, the administration has refused to call it a crisis at all. That is, until Thursday afternoon.

“When you were talking about how to go about diplomatic negotiations between the United States and Mexico, you said ‘crisis on the border,’” RealClearPolitics started to ask.

The slip was the latest episode in the semantics battle between Democrats and Republicans but also an illustration of the difficulty this White House faces as the administration deals with a migrant surge at a moment when the president would rather focus on pandemic recovery.

The administration has not finalized the agreement for how to “lend” the AstraZeneca doses to Mexico, though Psaki announced that the plan was to send 2.5 million of them to our neighboring country. (The AstraZeneca vaccine has not yet been granted emergency-use authorization in the U.S., but has been given elsewhere in the world.)

However, she stressed that the priority is ensuring that every American adult gets access to one of the approved vaccines. Later in the afternoon, Biden didn’t even mention the loaned doses, let alone the migrant situation.

“I’m proud to announce that tomorrow, 58 days into our administration, we will have met my goal of administering 100 million shots to our fellow Americans. That’s weeks ahead of schedule,” the president said in a White House speech celebrating the milestone.

While he did not respond to shouted questions, a senior Customs and Border Patrol agent told Fox News that “the president understands it is a crisis, which is why he told migrants, ‘Don’t come over.’”

It was a reference to an interview Biden did with ABC News earlier in the week, the first time he addressed the situation at any length since coming into office. “Yes, I can say quite clearly: Don’t come over,” he told George Stephanopoulos, adding, “Don’t leave your town or city or community.”

It was a departure from what Department of Homeland Security Secretary Alejandro Mayorkas had said. “We are not saying, ‘Don’t come,’” he told reporters earlier this month. “We are saying, Don’t come now.’”

The GOP has done its best to pin the surge on the new president. On Monday, House Minority Leader Kevin McCarthy led a delegation of House Republicans to tour the border. He said the situation, particularly the unaccompanied minors being detained, was “heartbreaking.”

“I know the president’s going to travel this week. This is where he should bring Air Force One,” McCarthy said of a trip that Biden has told reporters he doesn’t have plans to make. Speaker Nancy Pelosi dismissed that criticism saying, “I guess their Dr. Seuss approach didn’t work for them. Now they have to change the subject.”

A senior administration official insisted Thursday afternoon that Biden is not to blame for the surge, pointing to a 2019 spike in migrants apprehended at the border: “It happened under Trump, and it’s happening under President Biden.”

(Later in the afternoon, the House passed two bills to grant legal status to farm workers and illegal aliens who came to the U.S. as children. Both face an uphill battle in the Senate.)

The official confirmed that there are 9,562 unaccompanied minors currently in the care of Health and Human Services. While the sudden influx has stretched resources thin, the source said that children have clean, comfortable sleeping quarters, three meals a day, and “they have freedom of movement.”

“They can go outside for recreational time occasionally,” the official added.

During the Trump administration, images of children held behind chain-link fences led to Democrats’ outcry over “kids in cages.” Journalists have not been allowed to tour those facilities, however, in light of the pandemic and privacy concerns.

According to the official, this was a holdover from the previous administration: “In terms of media requests, DHS made an operational decision in March of 2020 to discourage visitors as a result of the pandemic. That decision still stands.” 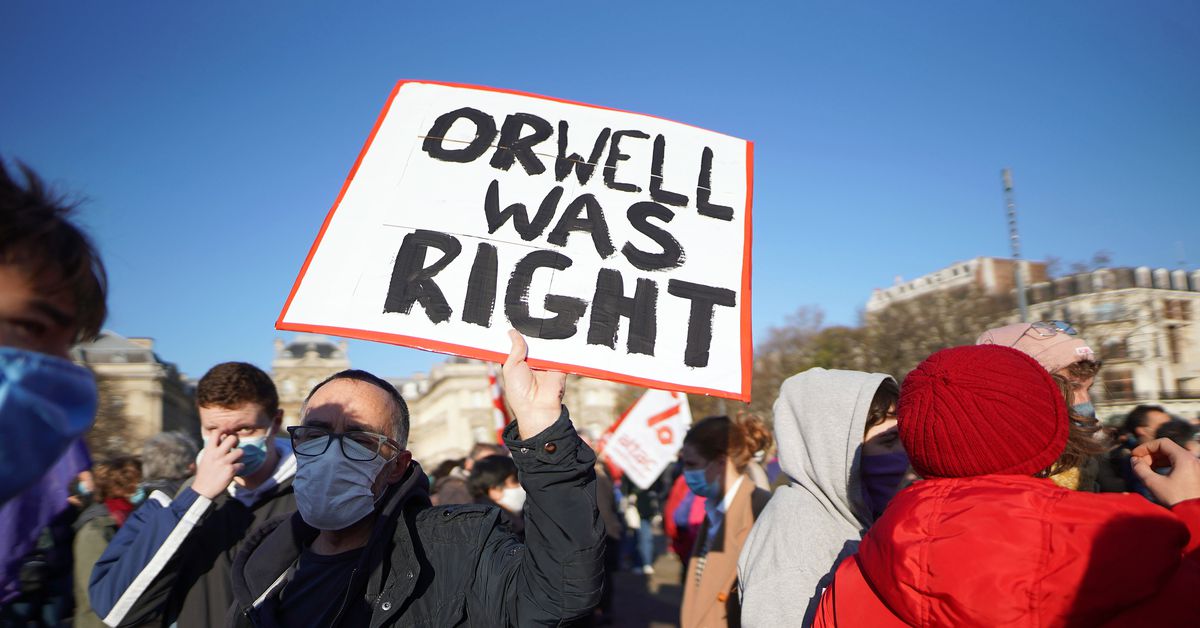