Fox News host Chris Wallace just spoke out against Vice President Kamala Harris after she finally visited the U.S-Mexico border, saying that she and the White House have still not proposed any answers on the ongoing  migrant “flood” flowing across the border.

Wallace Lashes Out At Harris

Wallace said that Harris failed to give any clear answers about how to solve tens of thousands of migrants crossing the border illegally each month, according to Newsweek. He added that her visit seemed to be only her checking off a symbolic box instead of actually providing actual solutions to the migrant crisis.

“Well, we did hear one solution. And that is that nobody is going to be able to ask Kamala Harris, ‘why haven’t you been to the border yet,’” Wallace said. “She has now been to the border. So she took care of that.”

“But on the question which I think most Americans are asking, which is how are we going to prevent hundreds of thousands of people from coming across the border illegally as they have since Joe Biden became president, there really were no answers there,” he continued.

Not stopping there, Wallace added that Harris still has much to accomplish in terms of the border crisis.

“The problem with the root causes, and ultimately it’s kind of self-evident, the reason people make the long trip from Guatemala or Honduras or El Salvador, or even Mexico, is because they think the situation is going to be better in this country than it is in their country. That’s obvious,” he said.

Related: Trump: Why Does ‘Almost Radical Left’ Chris Wallace Still Have A Job? ‘His Ratings Are Terrible’

Wallace is far from the only person to take issue with Harris’ border visit.

“Kamala Harris is avoiding the epicenter of the #BidenBorderCrisis border crisis. This is the reality of their failed policies and lack of solutions,” tweeted Texas Senator Ted Cruz (R).

This piece was written by James Samson on June 26, 2021. It originally appeared in LifeZette and is used by permission. 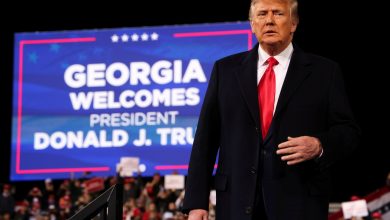