On Wednesday, White House Press Secretary Jen Psaki said that the Biden administration does not really have any idea when Americans’ lives might return to normal as the COVID-19 pandemic continues.

This continues the running theme of “normalcy” being pushed back further and further into the distant future, from “two weeks to flatten the curve” nearly a year ago.

A reporter asked Psaki, “The question of when we get some semblance of normalcy, that timeline also seems to be shifting.”

.@PressSec Psaki on when Americans can expect a return to normal:

“We are not in a place where we can predict exactly when everybody will feel normal again” pic.twitter.com/WyYMv42KIv

RELATED: Kristi Noem Says We Need A Republican Party ‘That Actually Follows Through On What They Say They’re Going To Do’

Reporter: ‘When Do We Think We Will Get Back To Some Taste Of Normalcy?’

“Dr. Fauci had said a sense of normalcy maybe in the fall, that’s when you might be able to go to theaters, go to sporting events, still with masks, of course,” the reporter queried. “Now, it seems that’s being slid to early next year, the president said maybe around Christmas, what’s going on here?”

It’s unclear which of Fauci’s many statements the reporter is referring to, but ABC reports that Fauci’s most recent statements indicate not this fall, but instead 2022 as a return to normal life.

“When do we think we will get back to some taste of normalcy?” the reporter pressed.

It was a good question. Team Biden’s response? We have no idea when we will get back to normal!

Psaki replied, “Well, this is the question, as I’m sure is the case for all of you, that every neighbor, every friend, every family member asks, at least me in the street when I’m walking my dog in the morning.”

Psaki: “That certainly is our hope.” pic.twitter.com/3pdpCPqzMa

Psaki: ‘We Don’t Know At This Point’

“We want to be straight with the American public, though, it is — we are not in a place where we can predict exactly when everybody will feel normal again, and it has, there are a number of reasons,” Psaki added.

The White House Press Secretary then addressed the issue of some people who don’t want to get vaccinated.

“One is, even though we will have enough doses for every person in this country, as you all know, [because] we’ve talked about it in here, vaccine hesitancy remains a challenge,” she added.

The Biden administration apparently has no timeline regarding returning to normalcy.

“So, you know, there is, of course, is an understandable question, and I think the president wants things to return to normal, as we all do, but we don’t know at this point what that timeline is going to look like,” Psaki said.

.@JoeBiden: “There is nothing we can do to change the trajectory of the pandemic in the next several months.” pic.twitter.com/VGTBdgPSIf

RELATED: Critics Rip AOC As She Claims Frozen Windmills In Texas Are Evidence Of The Need For A Green New Deal

This is not a new position for the administration. After just two days in office, the new President Biden admitted that “there’s nothing we can do to change the trajectory of the pandemic in the next several months.”

Yesterday, Biden said we may be back to normal by “next Christmas.” Biden did not clarify whether he meant this coming Christmas – in 2021 – or the following, “next” Christmas, in 2022.

Hopefully as the days and months progress there is a timeline back to normalcy for the Biden administration – and everyone else. 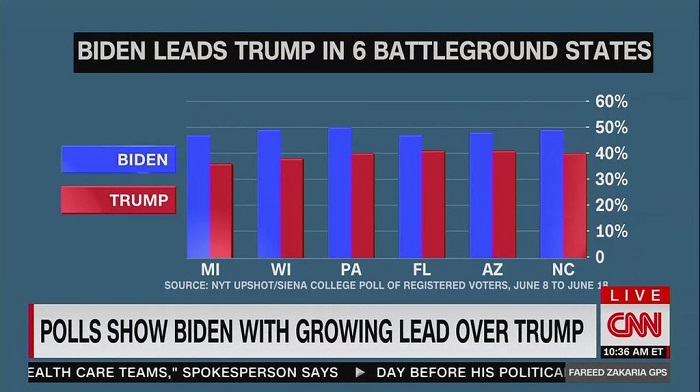 Democrat Pollsters Admit They Blew It Once more In 2020