As many Foreign Policy readers embark on vacations—or, in the Southern Hemisphere, continue their commutes—we asked our columnists to recommend some good books. Their picks included histories, biographies, and a couple of novels. Beach reads for us international relations nerds, in other words. Scroll down to pick up your next page-turner.

How Britain Ends: English Nationalism and the Rebirth of Four Nations 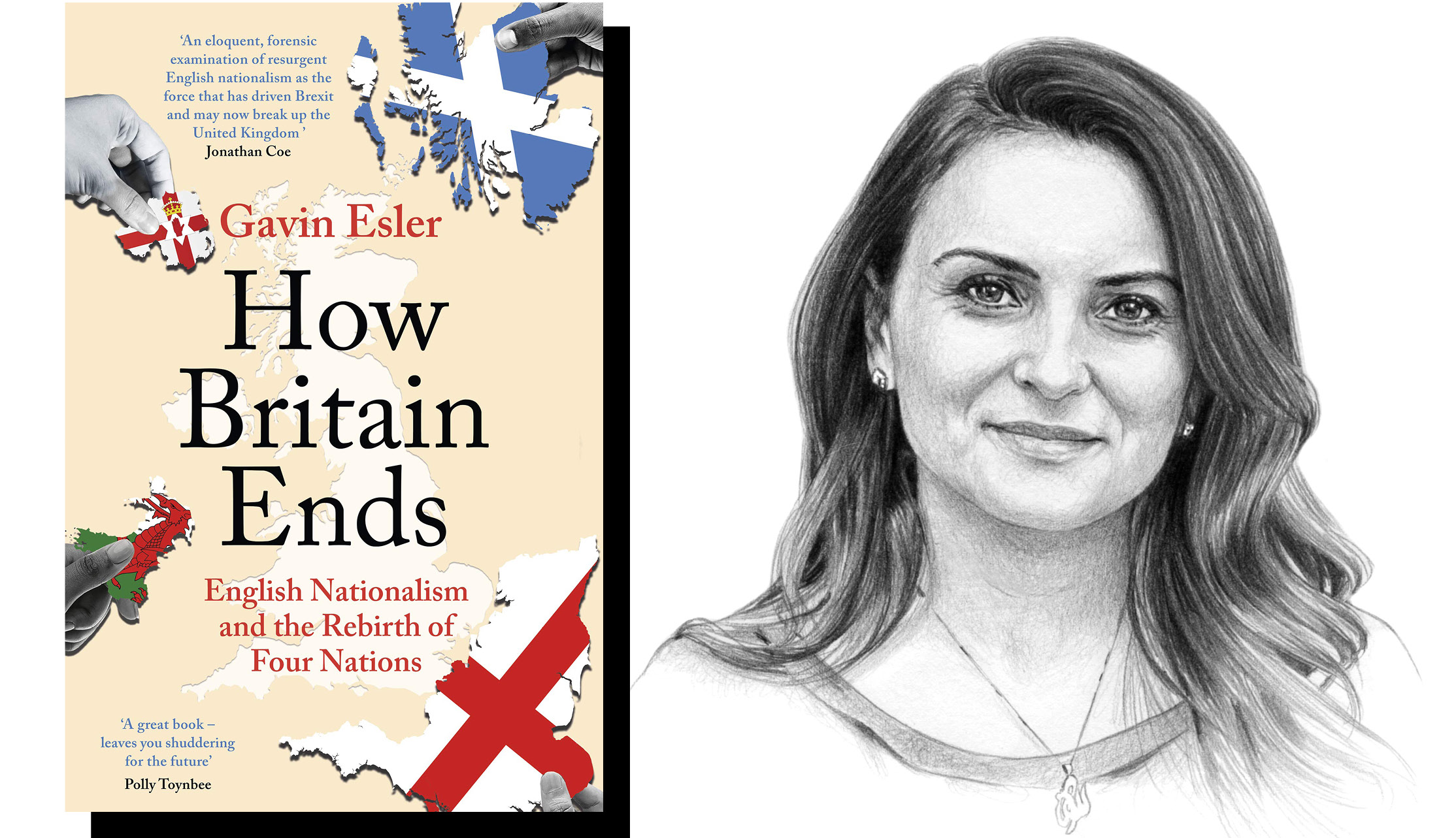 Recommended by Mina Al-Oraibi, FP columnist and the editor in chief of the National

Five years after the vote that led to Britain’s exit from the European Union, it is worth looking at what comes after Brexit. In How Britain Ends, Gavin Esler delves into English nationalism and the issues of power-sharing, identity, legacy, and planning for an uncertain future. In today’s fluctuating world, agreeing on the best way to govern and negotiating how different communities live together is crucial to the success—and sheer survival—of any country.

Oilcraft: The Myths of Scarcity and Security That Haunt U.S. Energy Policy 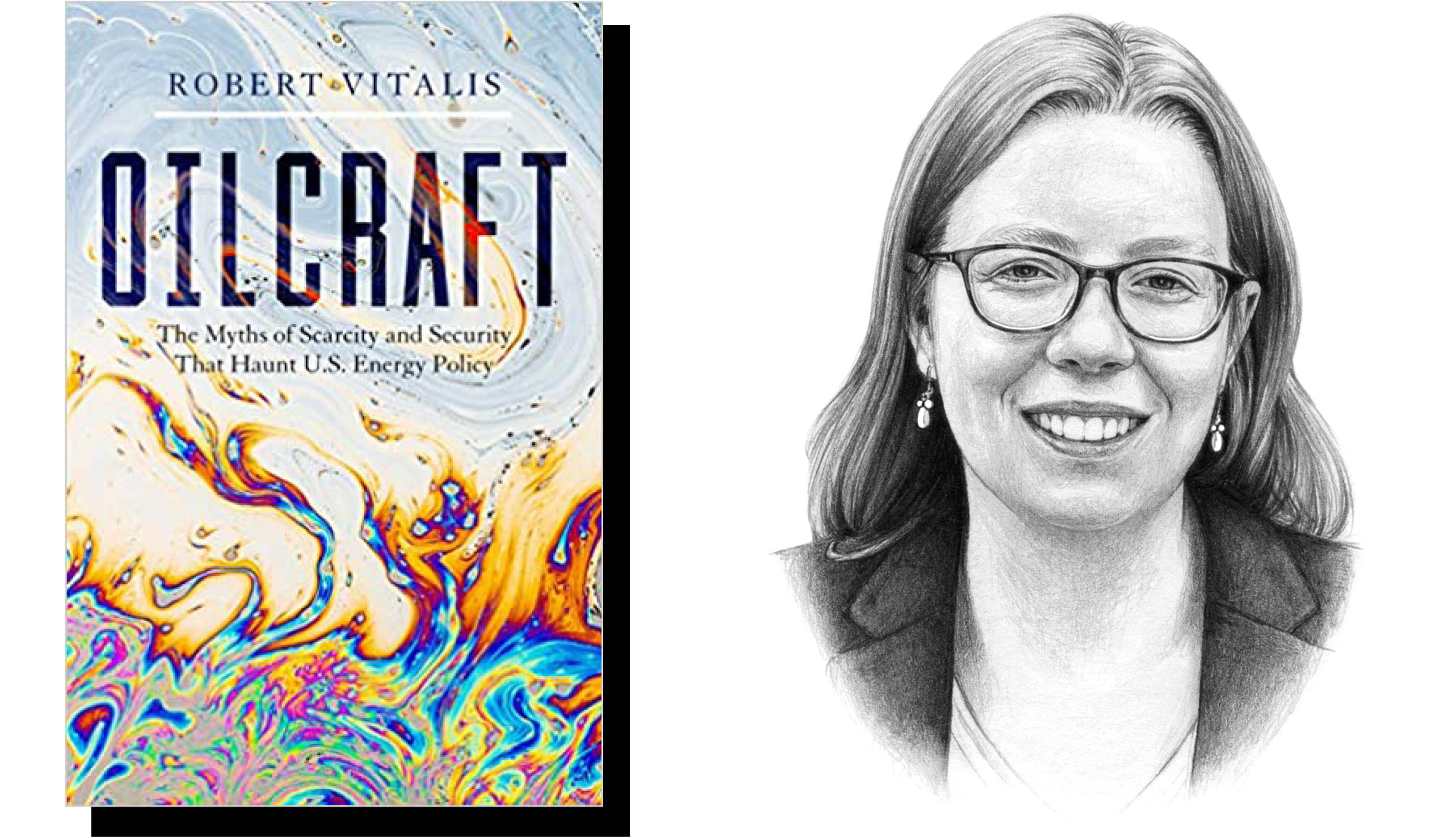 Recommended by Emma Ashford, FP columnist and senior fellow at the New American Engagement Initiative at the Atlantic Council’s Scowcroft Center for Strategy and Security

Those interested in how oil shapes our world can’t go wrong with Robert Vitalis’s new-ish book. There’s an increasing understanding in Washington that energy security has become a less salient concern as homegrown energy production weans the United States off traditional sources in the Middle East. But Oilcraft demonstrates this is at best a half-truth. Even before these monumental shifts in production, many of the common notions of scarcity and peril in the oil industry were in fact overblown. In this short book, Vitalis demolishes a number of classic arguments in support of the United States’ military-heavy approach to energy security.

Ninety Percent of Everything: Inside Shipping, the Invisible Industry That Puts Clothes on Your Back, Gas in Your Car, and Food on Your Plate 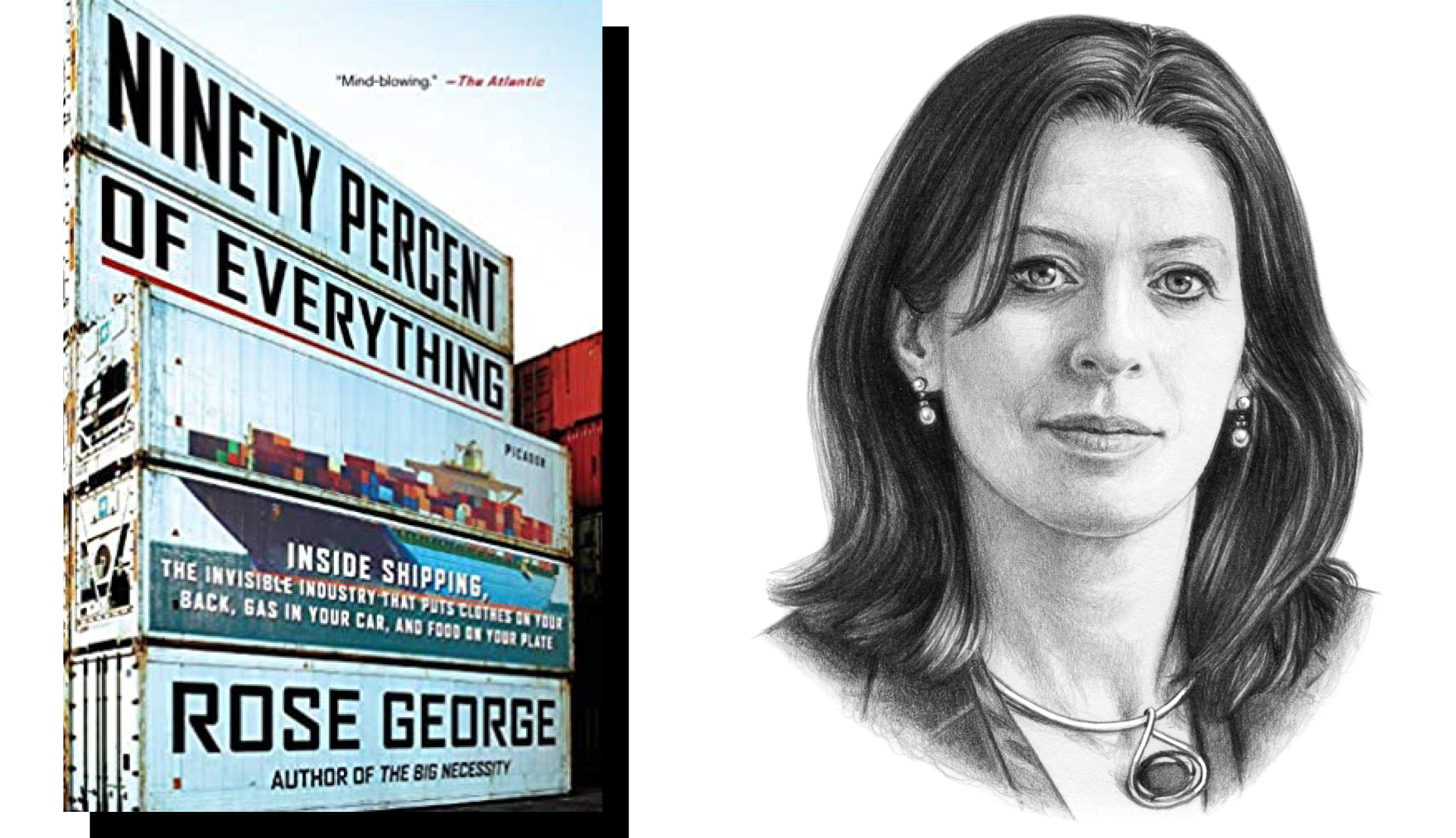 Recommended by Elisabeth Braw, FP columnist and fellow at the American Enterprise Institute

When the Ever Given got stuck in the Suez Canal in March, many people seemed to discover for the first time that most of the world’s goods travel by sea. In Ninety Percent of Everything, Rose George investigates the phenomenally large shipping industry—not from her desk, but on freighters themselves. The result is an eye-opening, entertaining, and frightening book—frightening because with the complexity involved in shipping, disruptions will happen. George’s book will teach the reader to appreciate seafarers and be grateful that things don’t go wrong more often.

A History of Israel: From the Rise of Zionism to Our Time 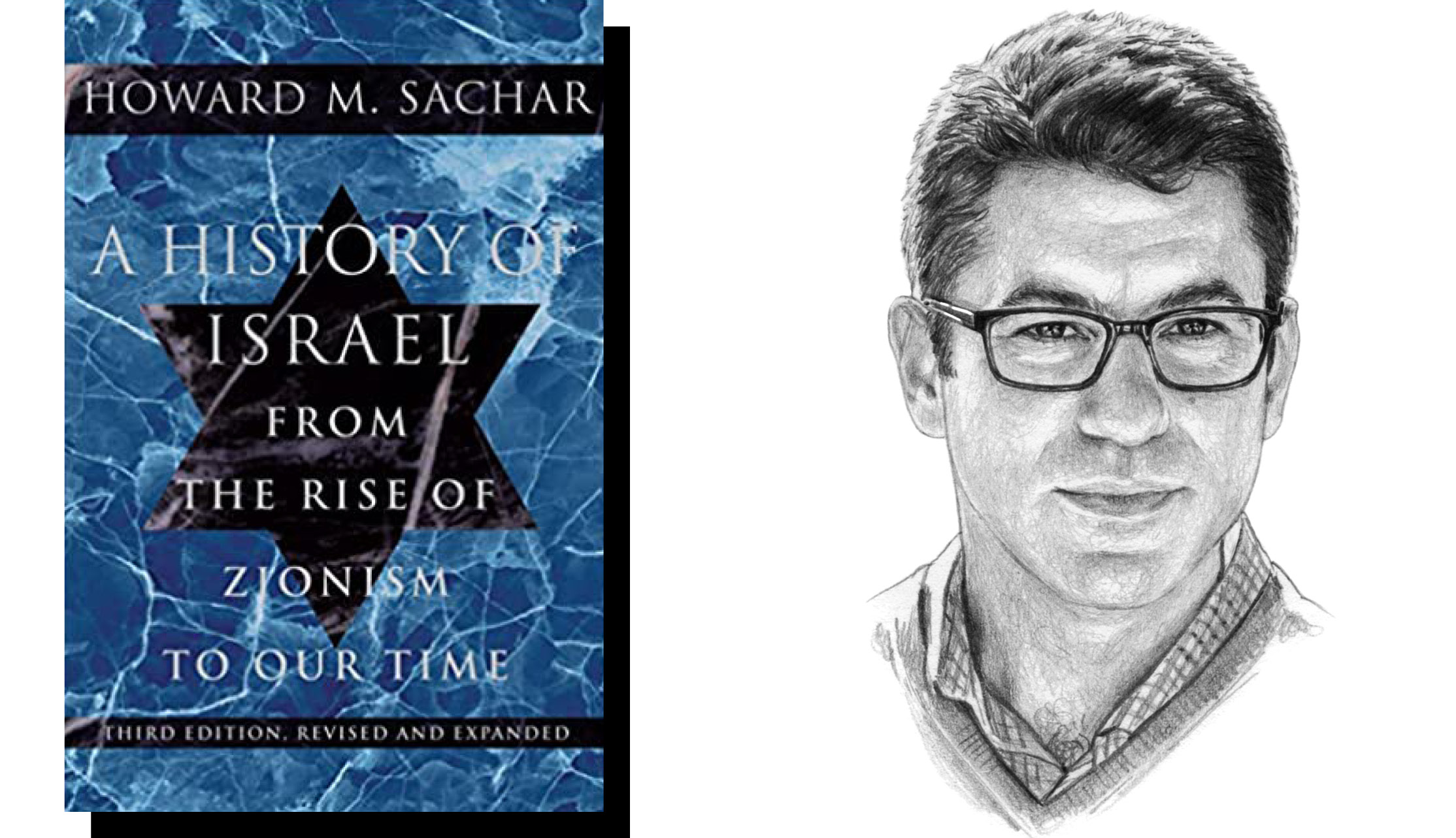 Recommended by Steven A. Cook, FP columnist and the Eni Enrico Mattei senior fellow for Middle East and Africa Studies at the Council on Foreign Relations

I dove into this volume for book research, but it was also invaluable during the recent conflict in Gaza. Howard Sachar’s meticulously researched and beautifully written book pulls no punches. It is a welcome antidote to much of the recent ahistorical and misinformed commentary about Zionism, Israel, and Israel’s relationship with the Palestinians. A warning: The book is a tome, but it is well worth the time and investment.

The Ministry for the Future 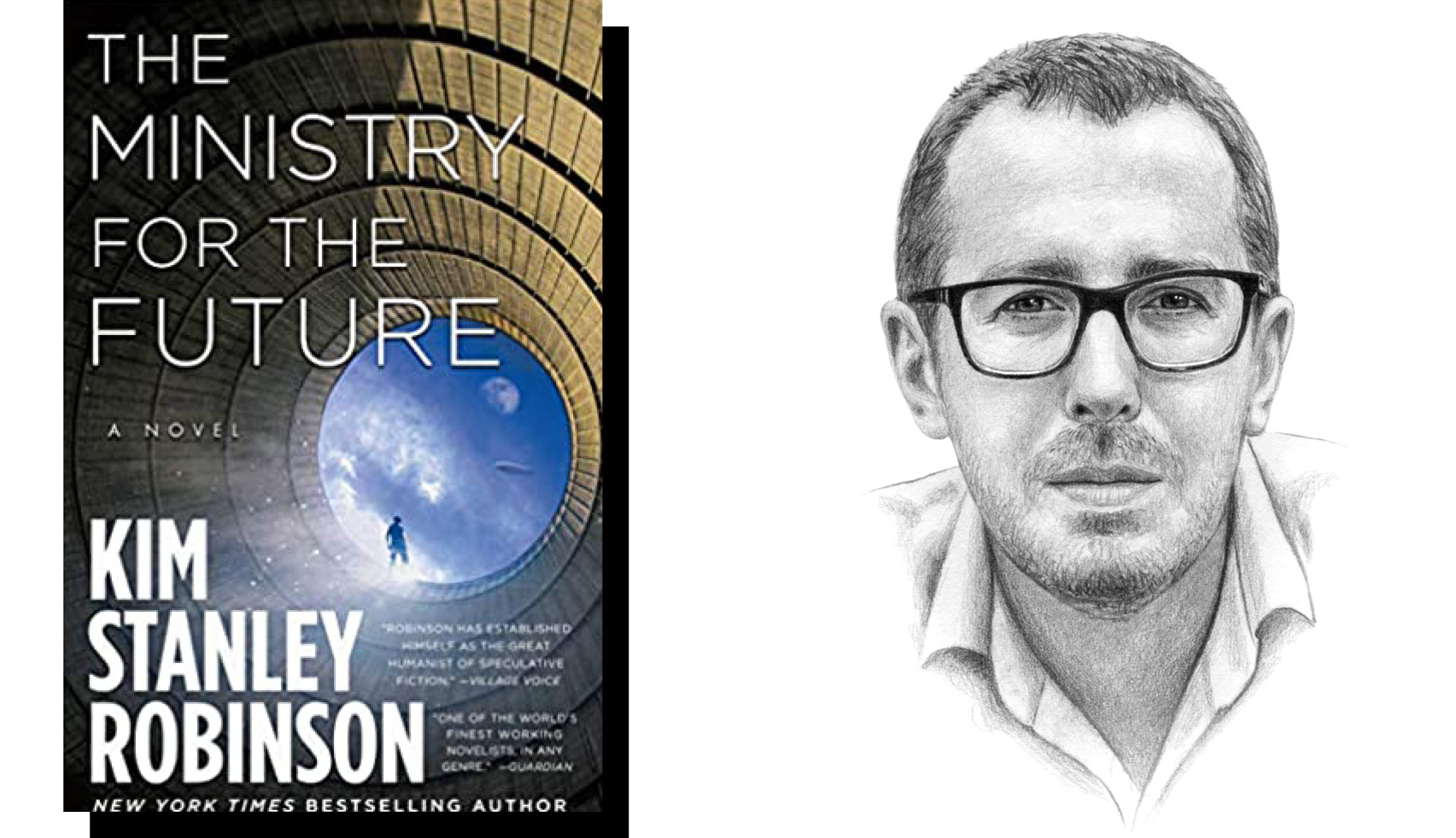 Recommended by James Crabtree, FP columnist and the executive director of the International Institute for Strategic Studies-Asia

Part of a growing genre of climate fiction, or “cli-fi,” this dystopian novel describes a near-future of catastrophic climate change. As fiction, it isn’t perfect. But as a vision of a devastating future of climate geopolitics and social division, it’s brimming with compelling ideas. Kim Stanley Robinson lays out a plausible and terrifying future in which devastating heat waves and collapsing glaciers force desperate responses by climate terrorist groups and covert government black-ops departments as they try to force the world to take climate action seriously. It’s easily the best and most important book of its kind I’ve read in ages.

A Time to Love and a Time to Die 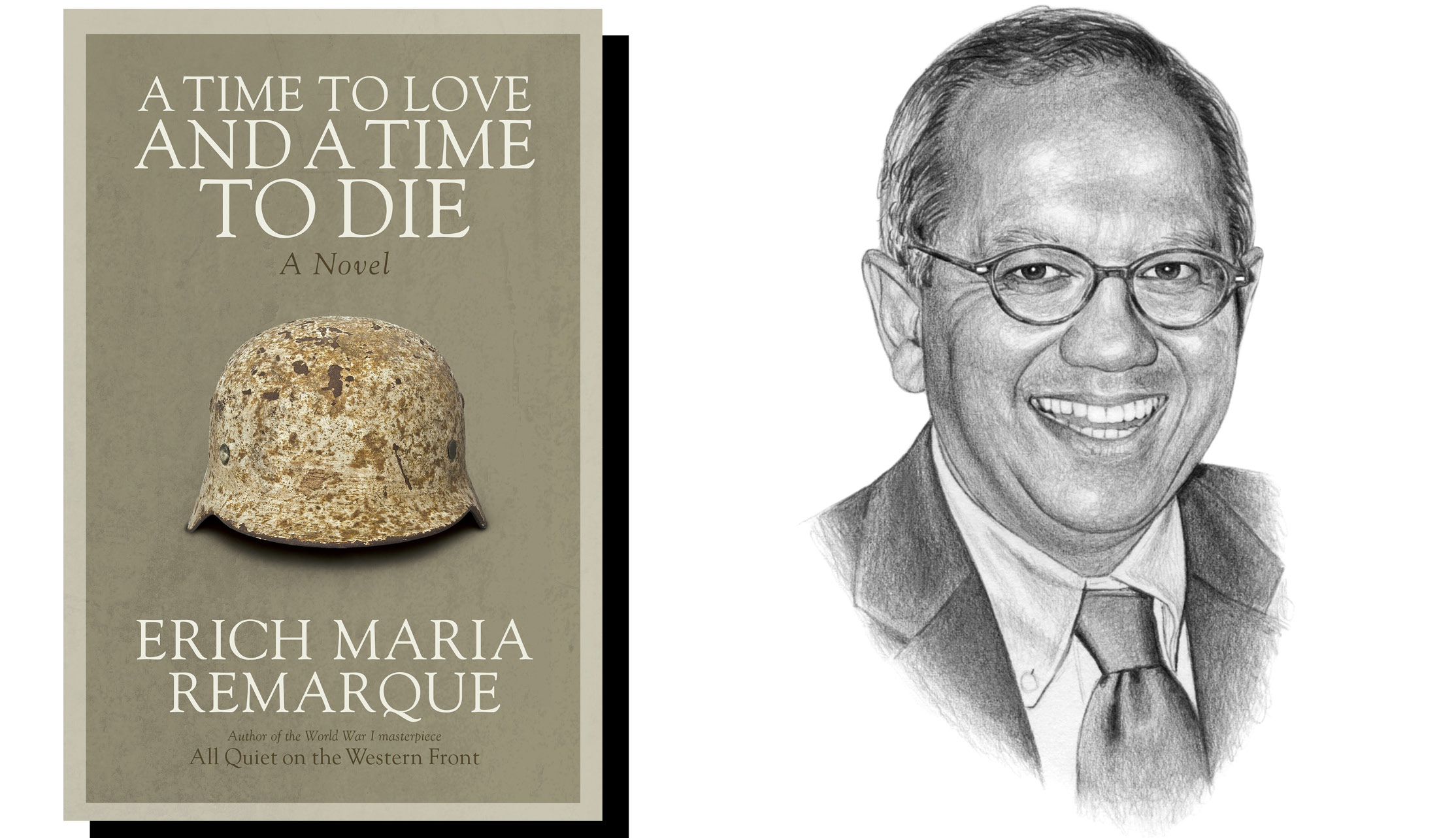 Many of us interested in international relations have read Erich Maria Remarque’s classic anti-war novel All Quiet on the Western Front. But it was only a few weeks ago that I read his subsequent novel, A Time to Love and a Time to Die. It is a poignant and vivid account of a German soldier who returns to his hometown from Russia in the waning days of World War II. Having endured the ravages of war along the eastern front, he is appalled to discover the extent of destruction there. Worse still, as he finds comfort in an old girlfriend, his leave is punctuated with nighttime air raids. Without ruining the end of the novel, I dare say that it delivers a better punch than the better-known classic does. For World War II buffs, I could not recommend this novel more highly.

The Dead Are Arising: The Life of Malcolm X 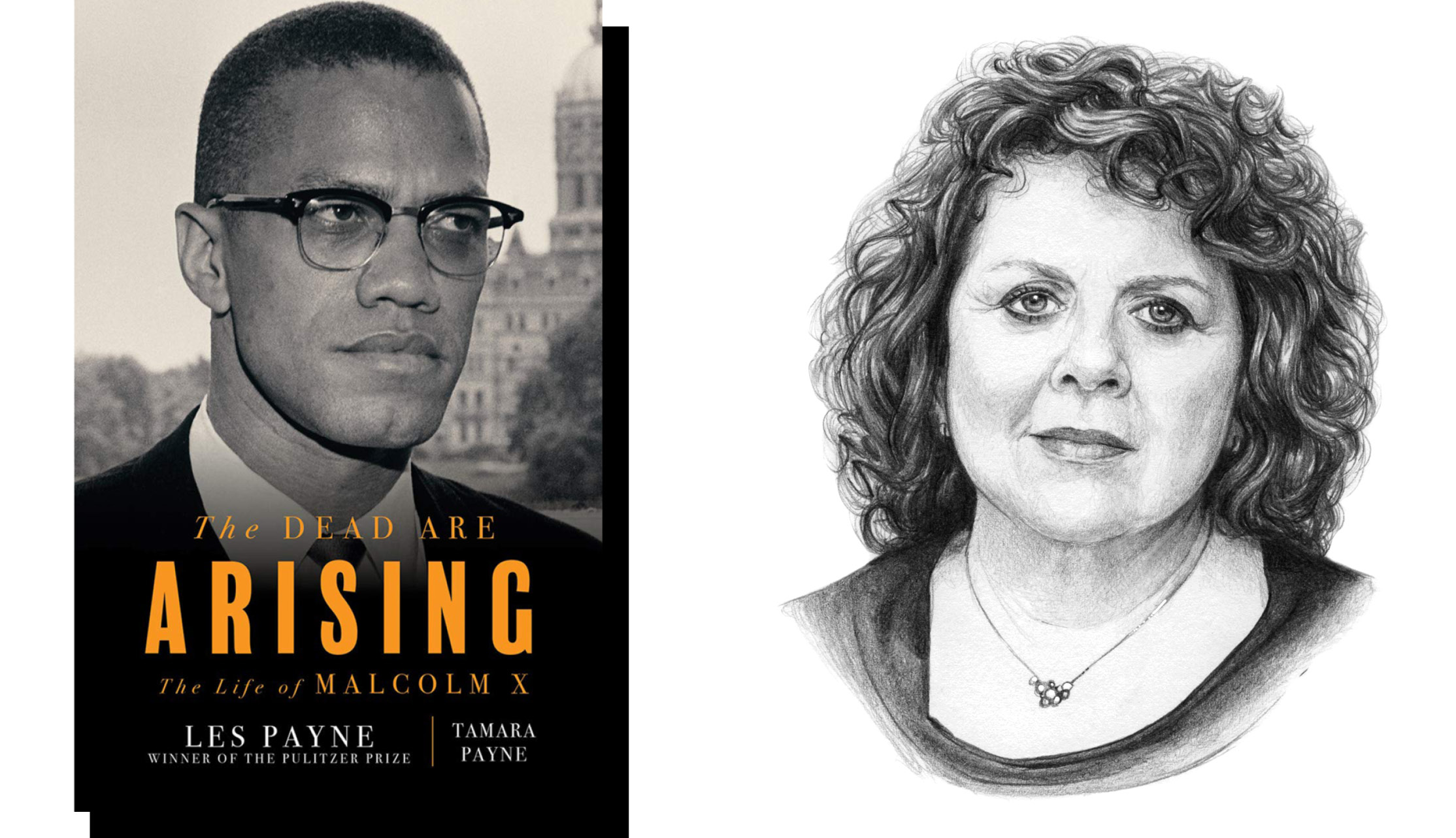 Recommended by Laurie Garrett, FP columnist and former senior fellow for global health at the Council on Foreign Relations

No book proved more powerful in the last year than The Dead Are Arising, for which Les Payne posthumously won the National Book Award for nonfiction and the Pulitzer Prize for biography. Brought to fruition by his daughter, Tamara Payne, after he died suddenly in 2018, the book represents 30 years of research and hundreds of interviews. It results in a picture of Malcolm X that is fuller, more nuanced, and far more exciting than preceding efforts, including the civil rights leader’s autobiography. Payne details Malcolm X’s 1961 meeting with the Ku Klux Klansmen who attacked his home in 1925, provides a second-by-second account of his assassination in Harlem in 1965, and provides extraordinary details about his family and life that led him to self-identify as an African American freedom fighter. It’s the best read I can possibly recommend. 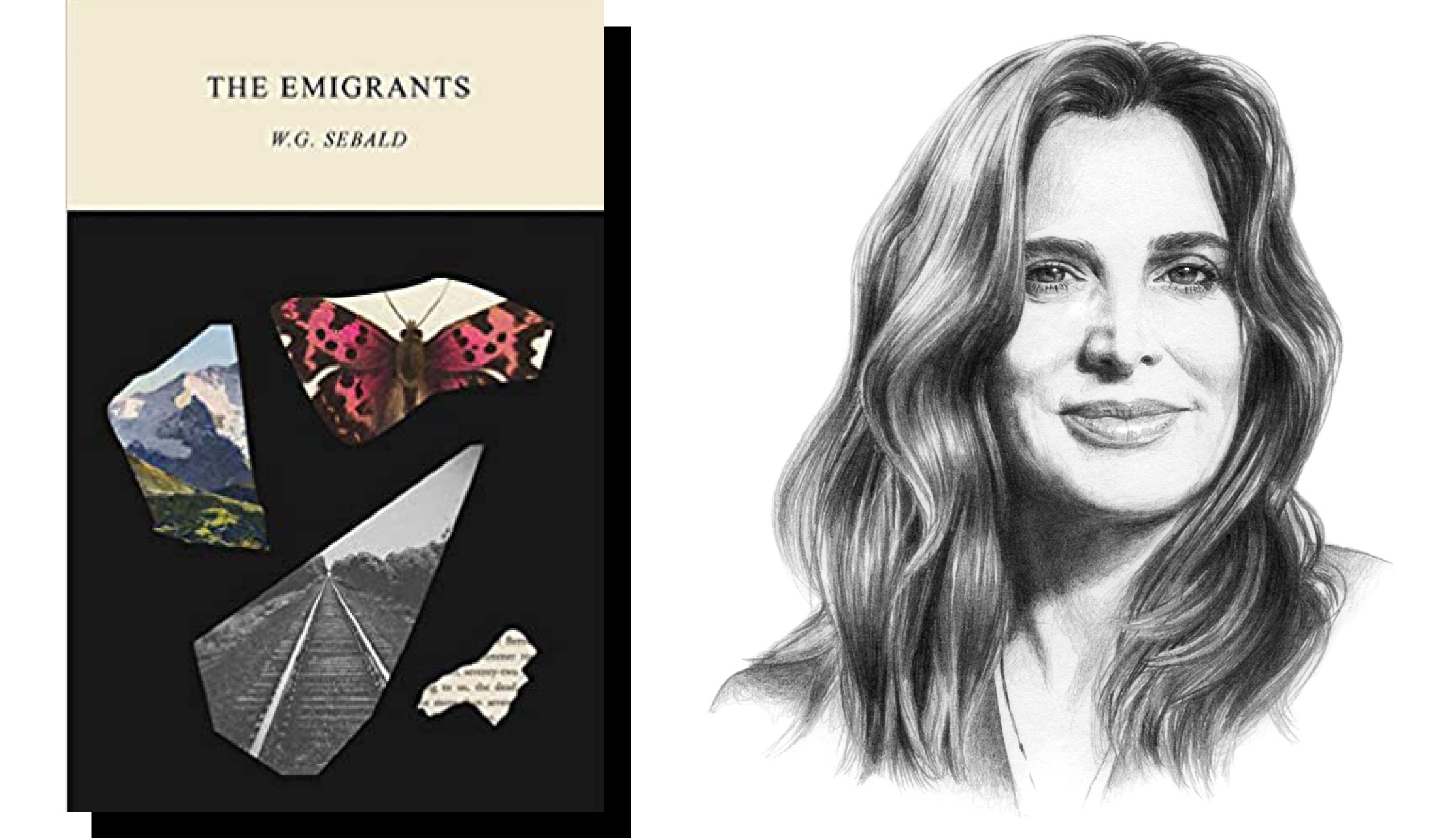 I am rereading W.G. Sebald’s The Emigrants, which I see as a modern masterpiece. Sebald’s haunting narratives and elegant prose reconstruct four lives in exile: a painter, a teacher, a doctor, and an uncle of the author. It is one of Sebald’s earliest books, and it is stunningly beautiful—painful, but also haunting. As someone who spent a large portion of my life outside the country where I was born and then returned to feel even more like an outsider than before, I find The Emigrants a moving meditation on migration and nostalgia, loss and love, sorrow and regret—but also on the wonder of our memory. 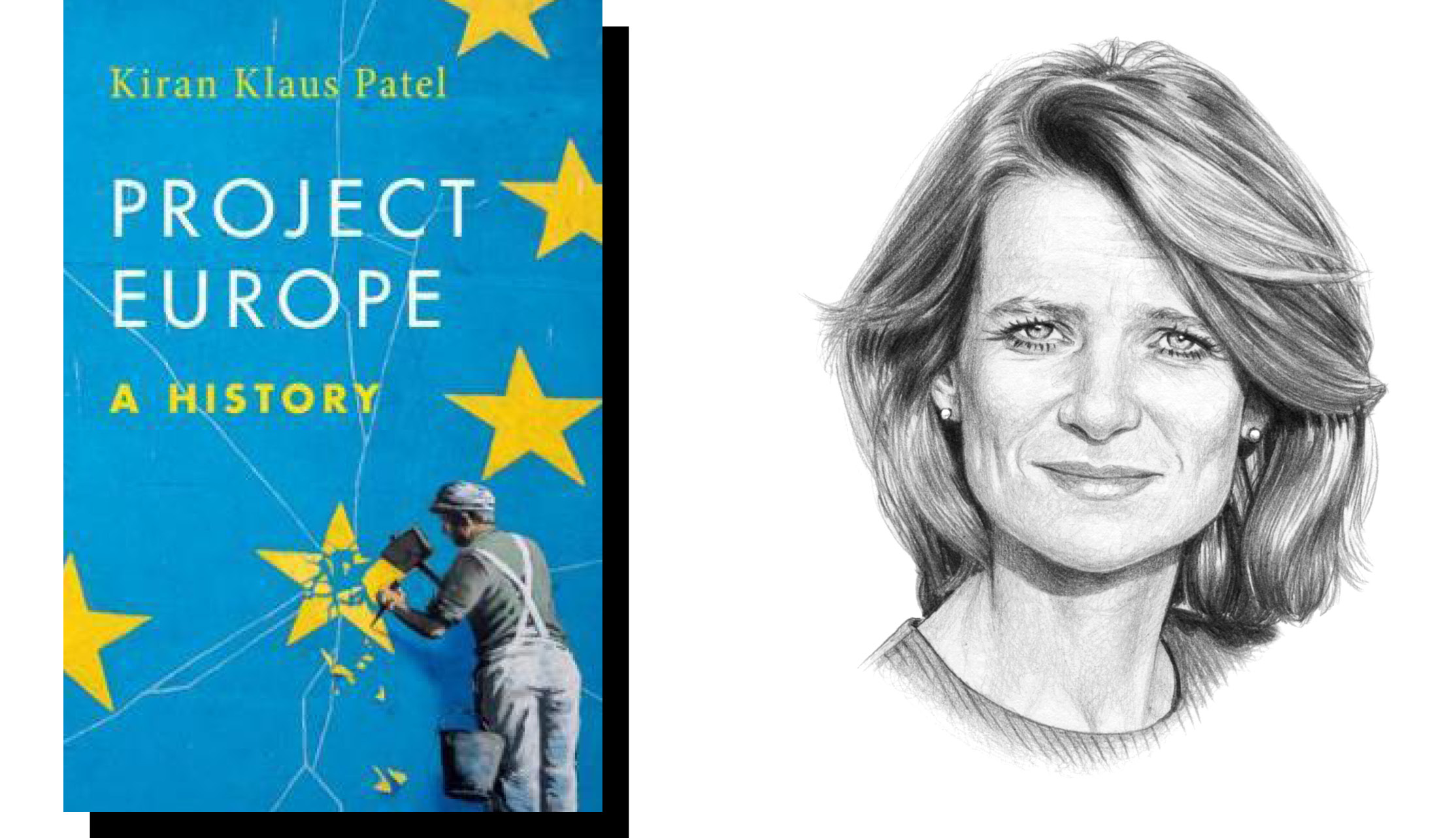 Many discussions about Europe are dominated by federalists, who find the European Union too divided and weak, or nationalists, who think it is too powerful. Both are constantly disappointed. To his credit, Kiran Klaus Patel has an entirely different starting point. He takes Europe as it is: sometimes powerful, sometimes utterly powerless. To him, European integration is not a linear project but, depending on the subject, “an edifice that reflects its history, with round and pointed arches, with some windows bricked up and new ones broken through elsewhere, with extensions and conversions, ruins and follies.” Patel sees Europe as a halfway house, and he is right. It is high time we recognize it as such.

The World America Made 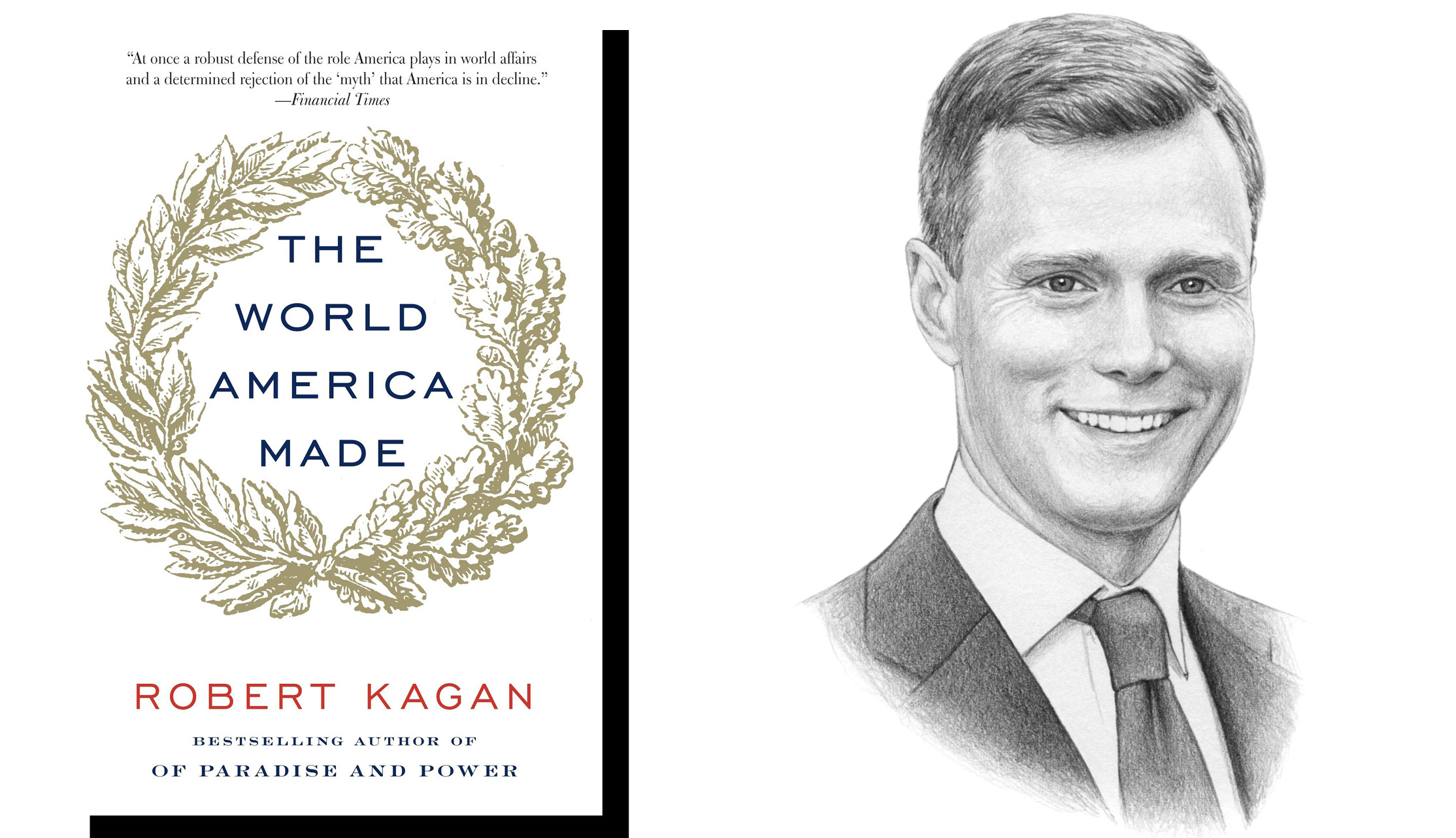 Recommended by Matthew Kroenig, FP columnist and deputy director of the Atlantic Council’s Scowcroft Center for Strategy and Security

This slim volume can be read in a single day at the beach—and it reportedly had a major effect on then-U.S. President Barack Obama’s thinking when it was first published. While almost a decade old, Kagan’s historical analysis and insights are as timely as ever. On balance, active U.S. global engagement has been a force for good in international affairs over the past 75 years. Washington must continue to lead on the world stage or else other hostile actors, such as Russia and China, will fill the power vacuum—with potentially disastrous consequences.

The Daughters of Kobani: A Story of Rebellion, Courage, and Justice 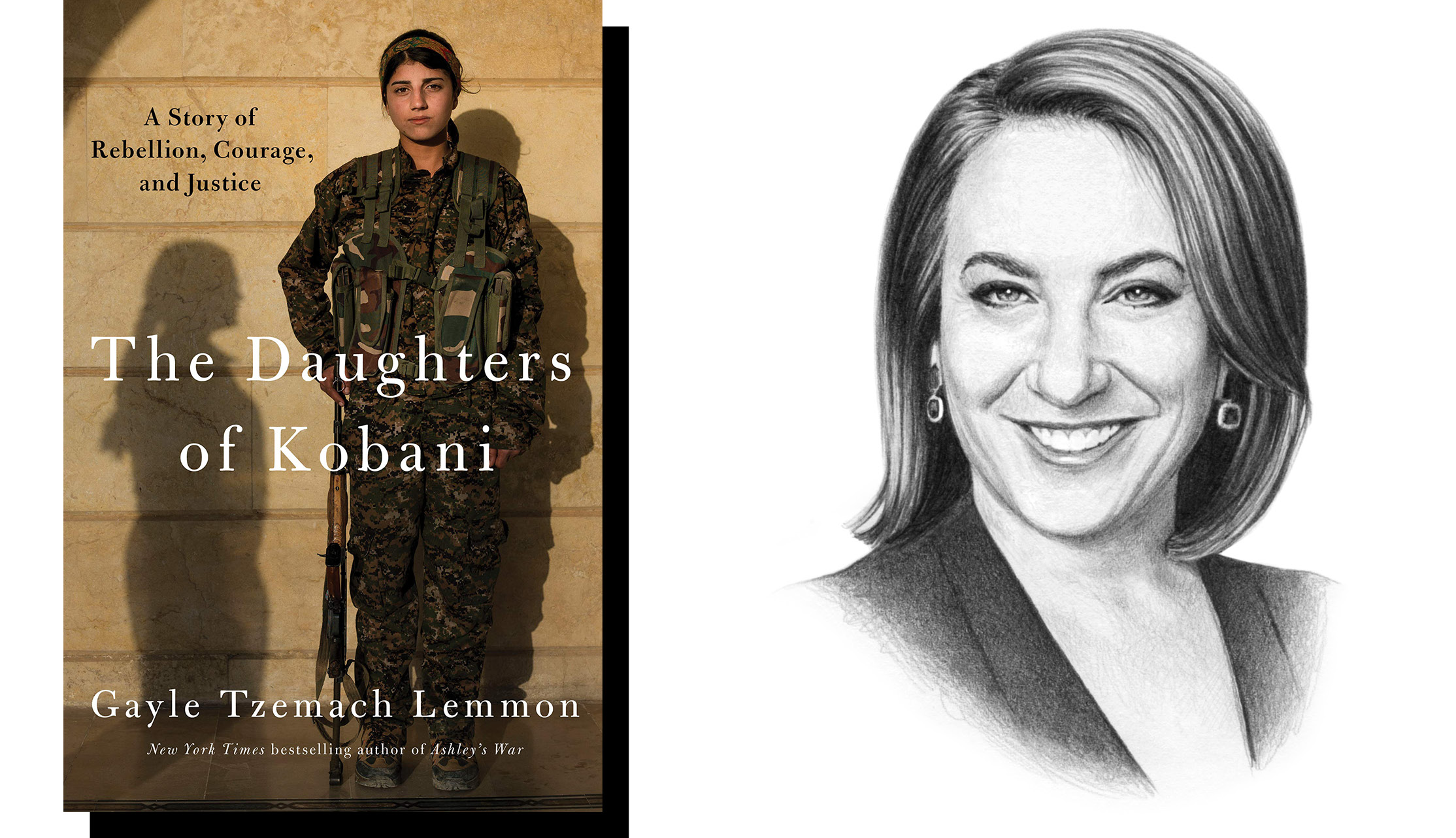 The Daughters of Kobani has everything I look for in a summer read: a heart-warming, page-turning narrative with a badass heroine. I found dozens of such heroines among the Kurdish Women’s Protection Units (YPJ), who achieved mythical status as a key part of the U.S.-backed force that ultimately defeated the Islamic State in Syria. As I wrote in February, Gayle Tzemach Lemmon artfully weaves together the YPJ’s story of courage and resilience with a keen and sober examination of the United States’ fraught involvement in the war against the Islamic State.

How China Escaped Shock Therapy: The Market Reform Debate  and The Struggle to Save the Soviet Economy: Mikhail Gorbachev and the Collapse of the USSR 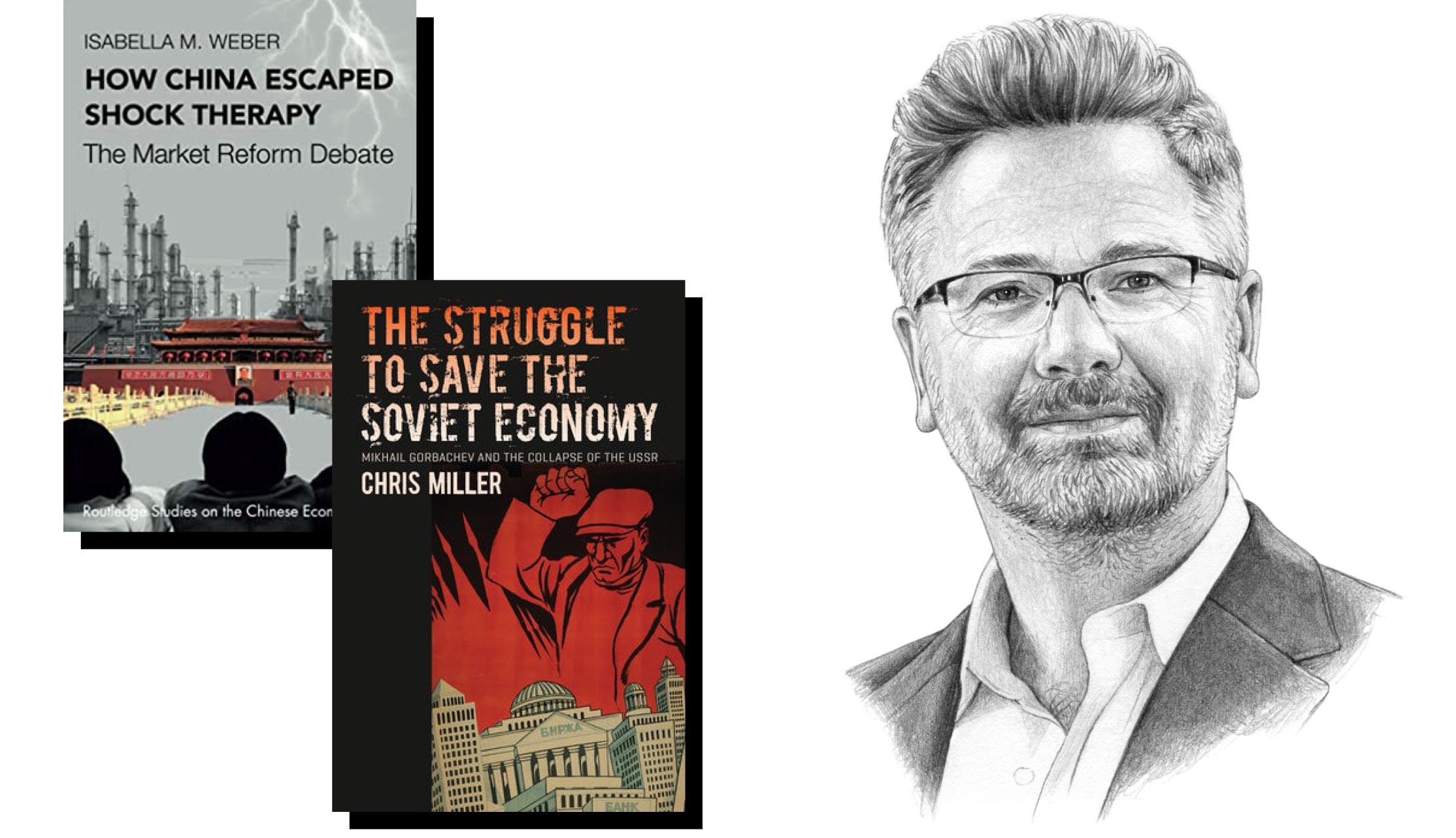 Recommended by Adam Tooze, FP columnist, professor of history, and director of the European Institute at Columbia University 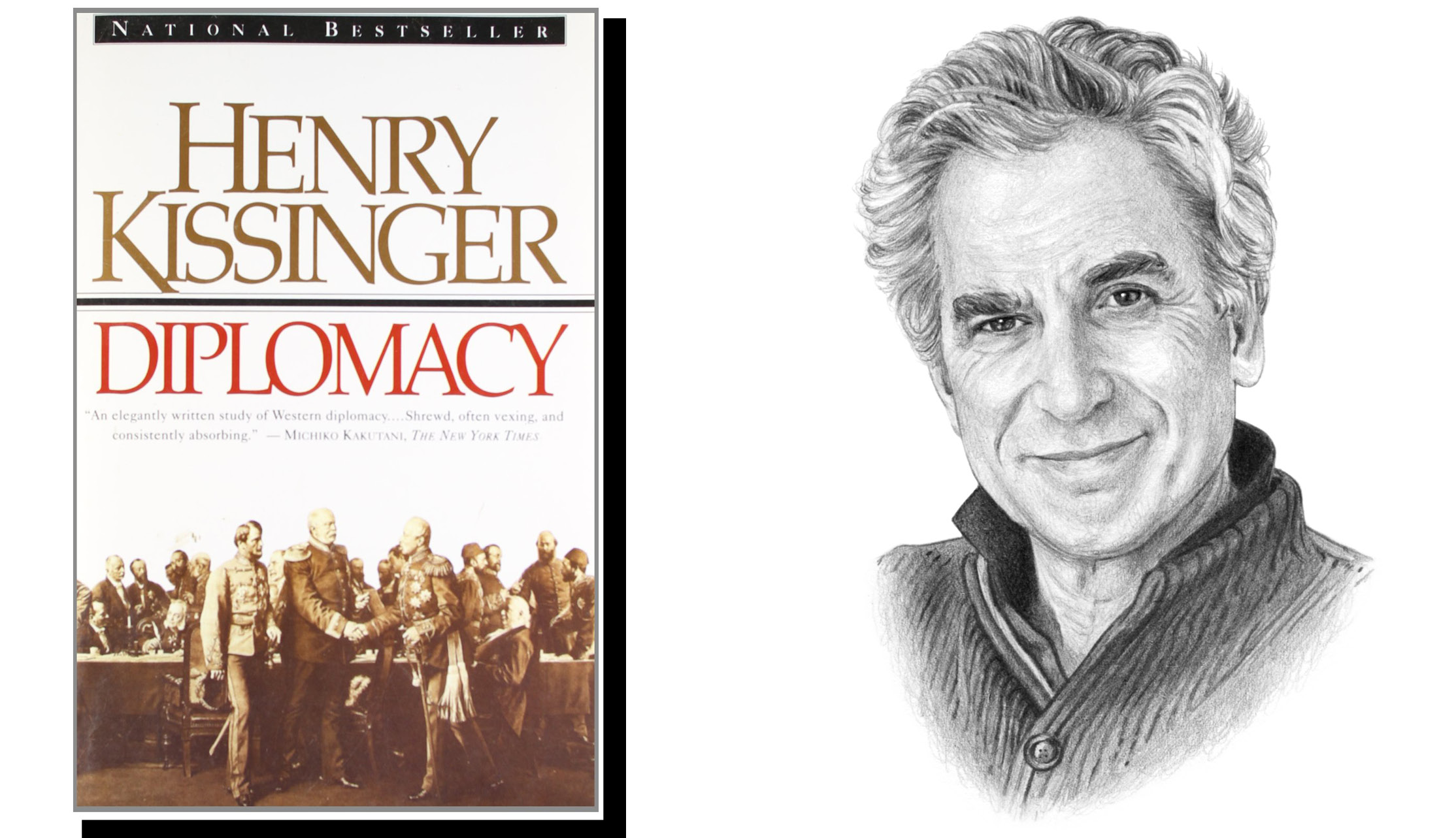 Whatever one thinks of him morally—and I am no fan—Henry Kissinger is the living link, if just barely, to the venerable tradition of the statesman-author, such as George Kennan and Dean Acheson. His Diplomacy is an idiosyncratic and delightful history and manual of statecraft, as well as a self-serving apologia pro vita sua. Read the wonderful accounts of his heroes, Richelieu and Metternich. You might want to stop before he tells you how he solved the Cold War.

The Great Game: The Struggle for Empire in Central Asia  and Girl, Woman, Other 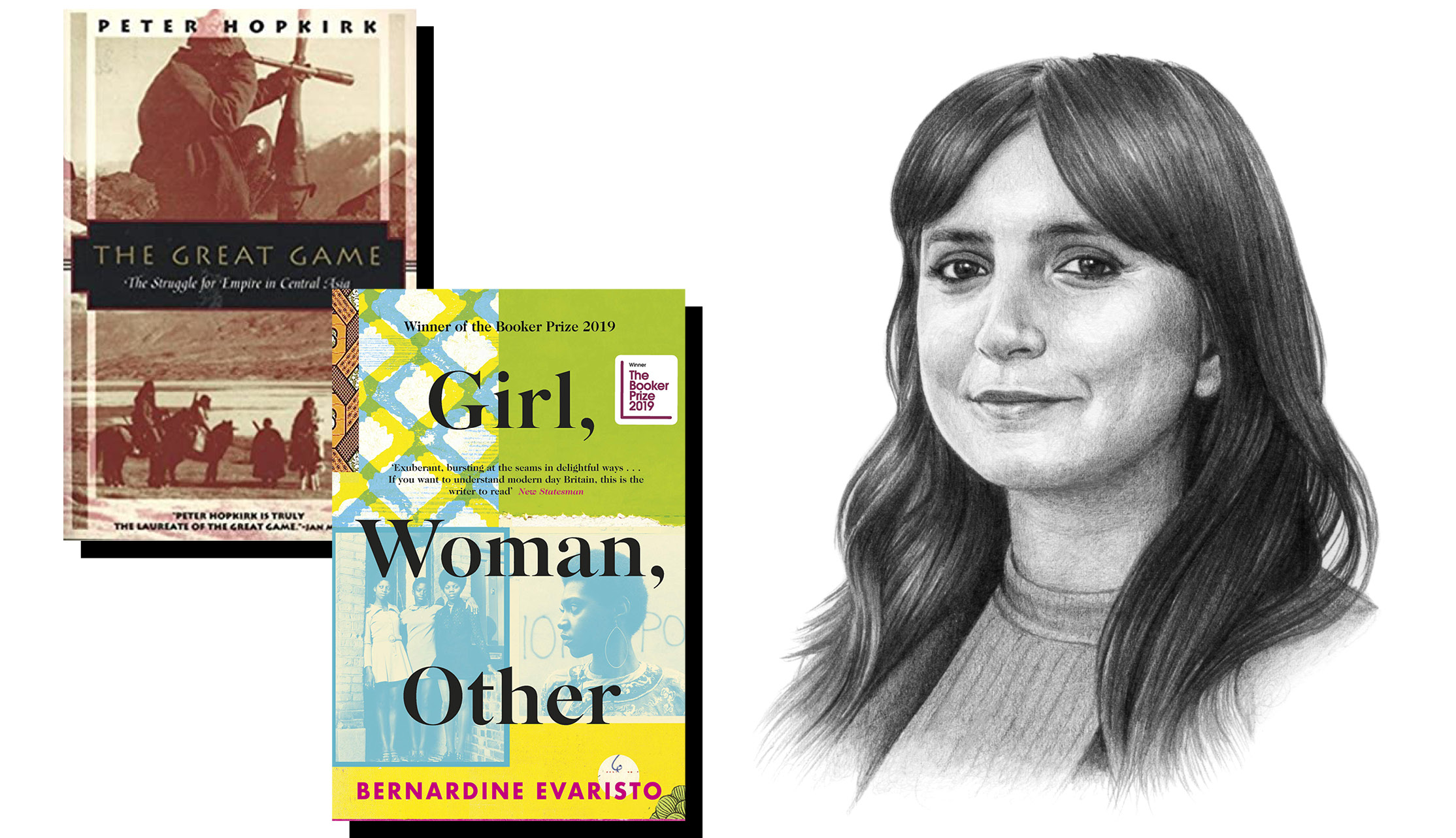 Recommended by Anchal Vohra, FP columnist and freelance correspondent and commentator on the Middle East

The Great Game by Peter Hopkirk is a nonfiction classic worthy of the top shelf of the bookcase. A favorite of many international affairs aficionados, it is a gripping tale of how British and Russian spies traversed treacherous terrain in the name of empire to claim Afghanistan. It is a timely read for those tracking Afghanistan as U.S. forces withdraw and the Taliban encroach on the Afghan government in a bid to return to power.

For fiction, I recommend Girl, Woman, Other. Amma, Carole, Shirley, and nine other characters in Bernardine Evaristo’s novel are for the most part Black women of various cultures and sexual identities in Britain. Yet their stories are relatable for anyone, anywhere in the world. It made me think of all the incredible women I have met in my life: those fighting against the patriarchy and those bravely navigating its daily injustices to create a better future for the next generation. Evaristo is kind to her heroines, but she’s also unsparing. She reveals their pretensions as if urging the reader to make some room for introspection.

Walter Lippmann and the American Century 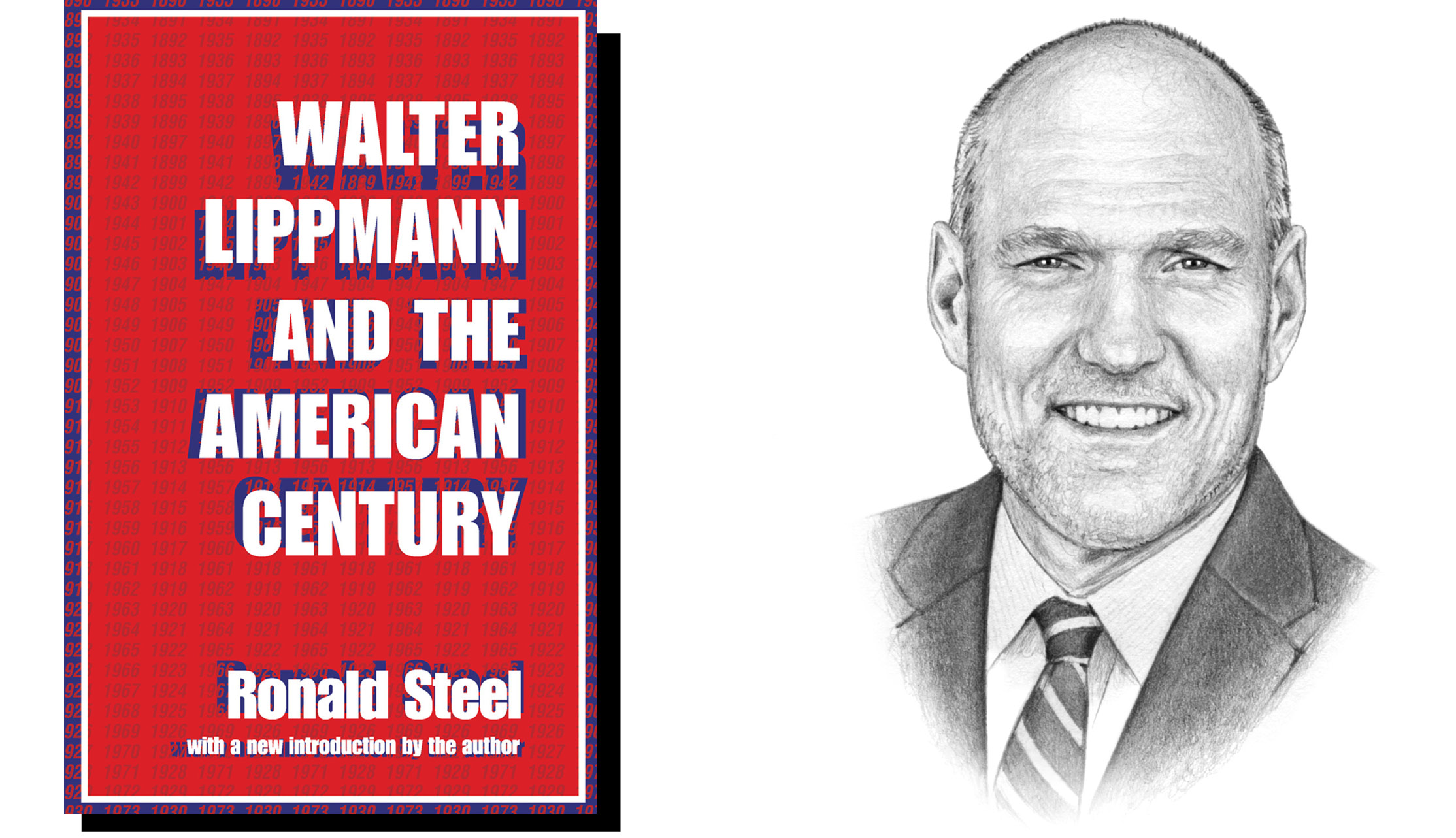 Recommended by Stephen M. Walt, FP columnist and the Robert and Renée Belfer professor of international relations at Harvard University

Biographies are ideal for easy reading when one is relaxing in some bucolic hideaway, which requires a captivating narrative and a writing style that sparkles. My suggestion is Ronald Steel’s prizewinning Walter Lippmann and the American Century. It has everything: a fascinating life, the interplay of ideas, the United States’ arrival on the world stage, and even a tale of marital indiscretion inside the establishment. It is also an elegant portrait of a rare public intellectual who deserves the label. 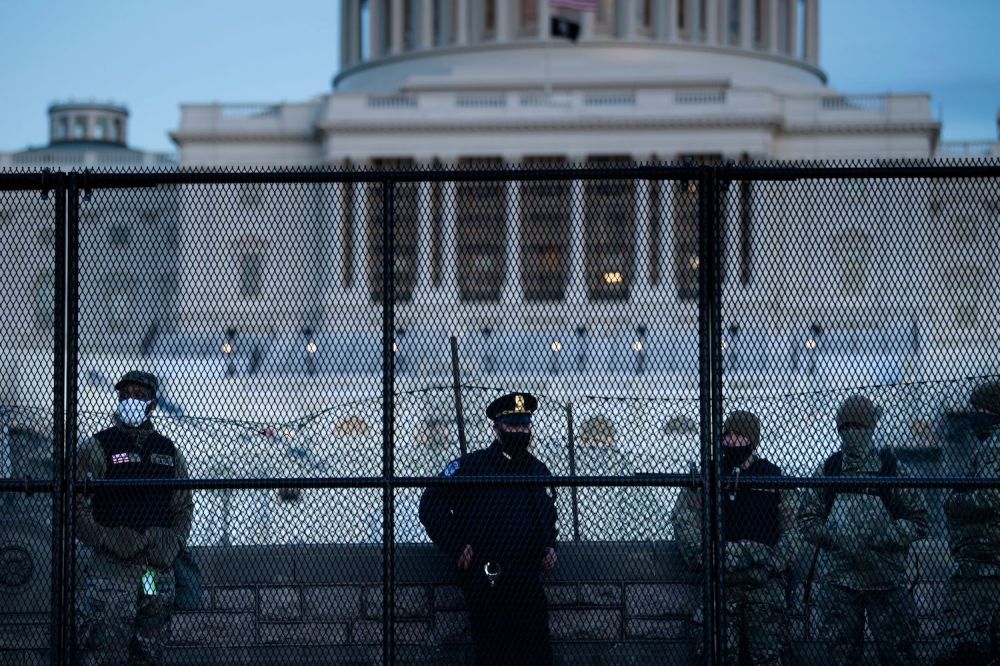 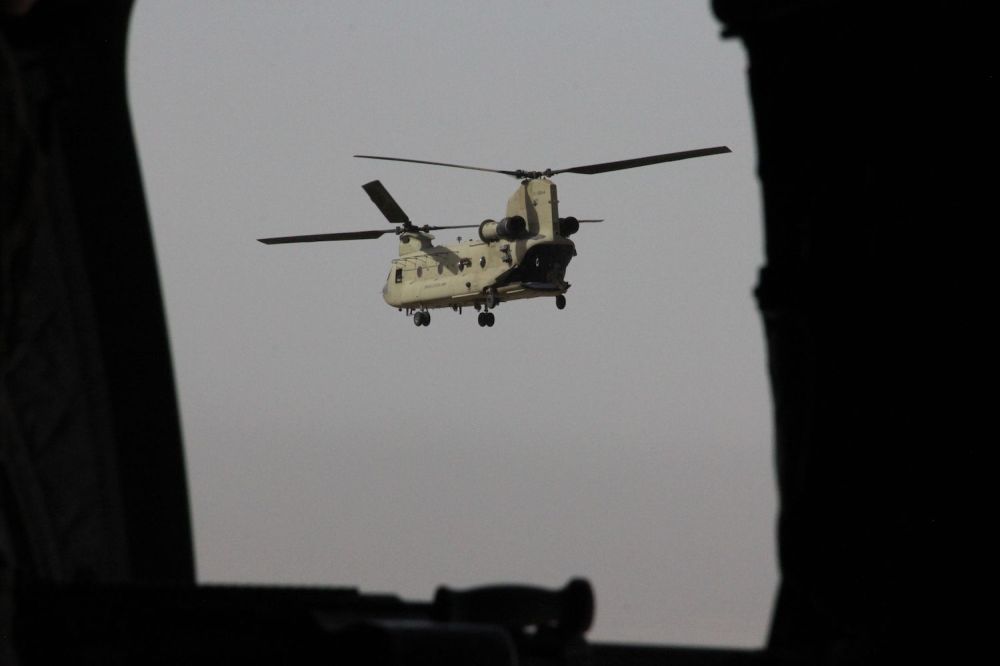 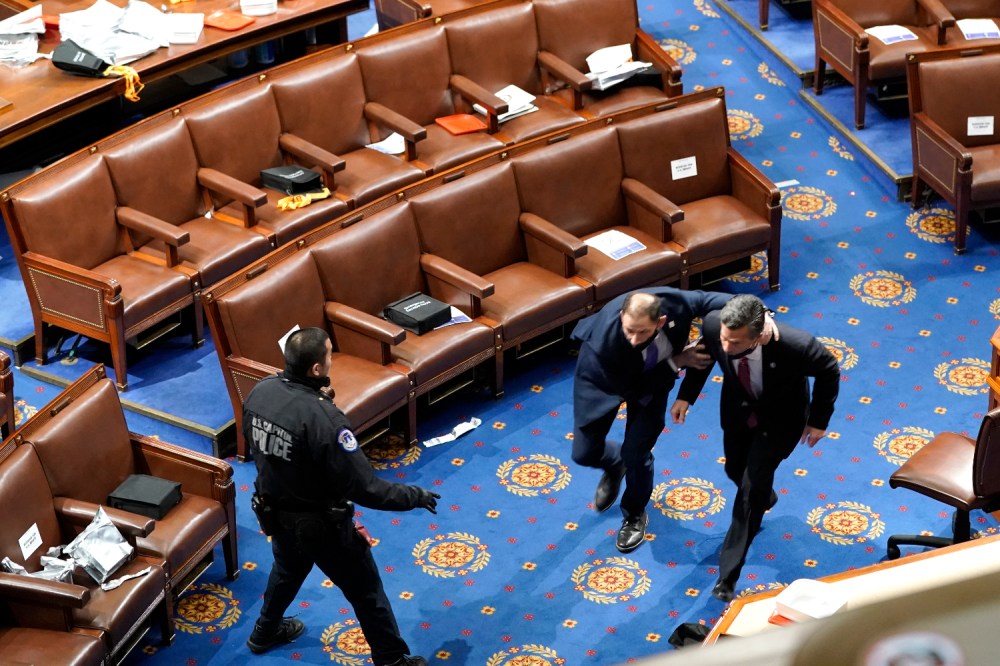 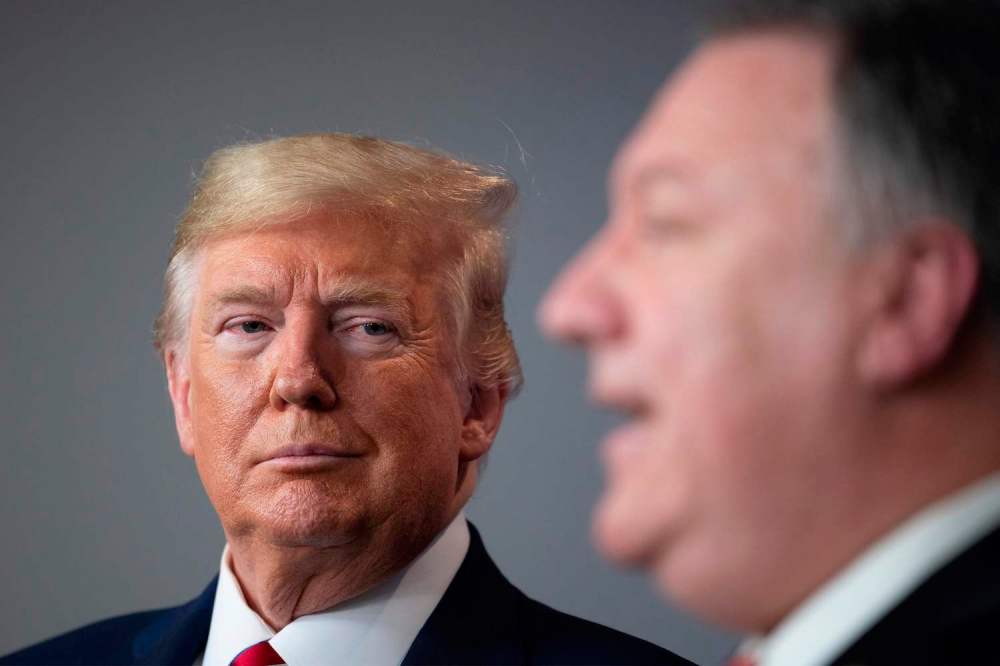