The Department of Justice’s internal watchdog office will investigate after a bombshell report alleged that the Trump administration had secretly subpoenaed Apple for House Democrats’ data, the office said Friday.

The probe will review the “use of subpoenas and other legal authorities to obtain communication records” belonging to members of Congress, their associates and the news media “in connection with recent investigations of alleged unauthorized disclosures of information to the media by government officials,” Inspector General Michael Horowitz announced in a statement.

The move follows a growing chorus of Democratic lawmakers, including the two whose records were reportedly subpoenaed, demanding that the Justice Department’s inspector general launch a probe into the Trump-era conduct.

The agency reportedly also obtained data from the accounts of aides and family members, one of whom was a child.

Prosecutors in the DOJ, then helmed by Attorney General Jeff Sessions, were searching for the sources of damaging news reports about contacts between Trump associates and Russia, the report said.

As Trump’s prosecutors probed the source of the leaks, they reportedly looked into the House Intelligence Committee, whose members have access to sensitive documents.

Apple was kept silent by a gag order that expired this year, according to a spokesperson for the company, who confirmed the subpoena in a statement to CNBC Friday evening.

“It would have been virtually impossible for Apple to understand the intent of the desired information without digging through users’ accounts,” Apple spokesperson Fred Sainz said. “Consistent with the request, Apple limited the information it provided to account subscriber information and did not provide any content such as emails or pictures.”

Microsoft on Friday similarly confirmed a 2017 subpoena and gag order relating to a personal email account.

“As soon as the gag order expired, we notified the customer who told us they were a congressional staffer. We then provided a briefing to the representative’s staff following that notice,” a Microsoft spokesperson told CNBC in a statement.

Schiff in a statement applauded the move as “an important first step.” But the watchdog’s investigation “will not obviate the need for other forms of oversight and accountability – including public oversight by Congress – and the Department must cooperate in that effort as well,” Schiff said.

Monaco, the No. 2 official in the Justice Department, was confirmed by the Senate in April. Horowitz has served as inspector general since 2012.

Horowitz’s statement Friday said his probe “will examine the Department’s compliance with applicable DOJ policies and procedures, and whether any such uses, or the investigations, were based upon improper considerations.

“If circumstances warrant, the OIG will consider other issues that may arise during the review,” he said, adding, “The review will not substitute the OIG’s judgment for the legal and investigative judgments made in the matters under OIG review.”

The Times’ article came weeks after reports that the Trump administration had secretly obtained records from journalists at multiple news outlets.

Schiff on Thursday night demanded an investigation into the Trump DOJ’s actions on “this and other cases that suggest the weaponization of law enforcement by a corrupt president.”

Trump “tried to use the Department as a cudgel against his political opponents and members of the media,” Schiff said in a statement. “It is increasingly apparent that those demands did not fall on deaf ears.”

Swalwell in his own statement said Apple informed him last month that his records had been turned over to the Trump administration “as part of a politically motivated investigation into his perceived enemies.”

“Like many of the world’s most despicable dictators, former President Trump showed an utter disdain for our democracy and the rule of law,” Swalwell said. “This kind of conduct is unacceptable, but unfortunately on brand for a president who has repeatedly shown he would cast aside our Constitution for his own personal gain.”

“The revelation that the Trump Justice Department secretly subpoenaed metadata of House Intelligence Committee Members and staff and their families, including a minor, is shocking,” Schumer and Durbin said in a joint statement Friday.

“This is a gross abuse of power and an assault on the separation of powers. This appalling politicization of the Department of Justice by Donald Trump and his sycophants must be investigated immediately by both the DOJ Inspector General and Congress,” the Senate leaders said.

“Former Attorneys General Barr and Sessions and other officials who were involved must testify before the Senate Judiciary Committee under oath. If they refuse, they are subject to being subpoenaed and compelled to testify under oath,” Schumer and Durbin said.

Senate Finance Committee Chair Ron Wyden, D-Ore., also joined the calls for a full investigation, and said he plans to introduce legislation to increase transparency and reform the “abuse of gag orders.”

“The current Justice Department needs to act with much greater urgency both to reveal abuses and ensure full accountability for those responsible,” Wyden said.

Read the full report from The New York Times. 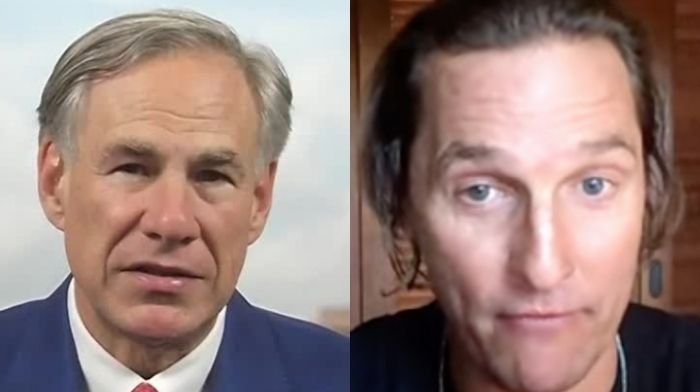 TX Gov. Abbott Breaks His Silence To Tackle Rumors Matthew McConaughey Will Run In opposition to Him 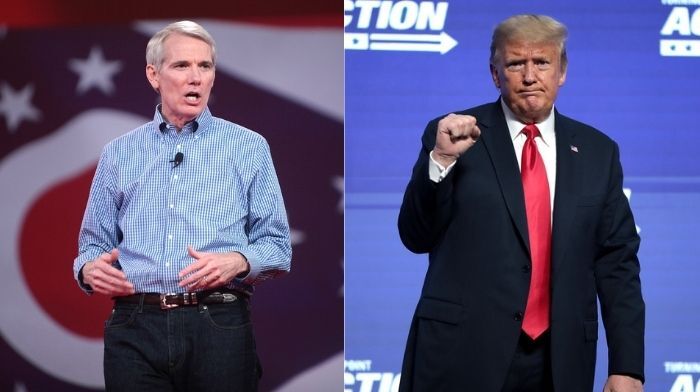