Former Speaker of the House Paul Ryan (R-WI) will be the keynote speaker on Monday at a fundraising event for anti-Trump Rep. Adam Kinzinger (R-IL). The event is a pricey one, according to Politico, ticket prices range from $250 to $11,600.

Kinzinger was one of ten Republicans who voted to impeach former President Donald Trump for what many critics of the former president say is his inciting of the riot that took place at the Capitol on Jan. 6.

Kinzinger, who now regularly attacks Trump, may well pay a political price for being outspoken in his contempt of the former president.

Of the ten GOP House members who voted to impeach Trump, nine, including Kinzinger, have at least one 2022 primary challenger, and the they all have the attention of The Donald.

Former House Speaker Paul Ryan will headline a fundraiser on Monday for Rep. Adam Kinzinger. It’s a decisive move against ex-President Trump, who has set his sights on Republicans who voted to impeach him. https://t.co/MbswCDjJBq pic.twitter.com/JPLpe0nFhR

Ryan Also A Critic Of Trump

Paul Ryan left Congress in 2019 after a number of GOP House members and Senators announced they would not be seeking re-election.

While the official reasons range from running for governorships to House members running for the Senate, to the old standby of “wanting to spend more time with my family,” there is some thought that many of those incumbent House members and Senators were done with Donald Trump.

In 2016, Ryan told Republicans that they “should feel free to abandon Trump,” making it pretty clear that there was no effort to encourage Republicans to work with Trump when he took office.

Paul Ryan has also been a critic of Trump. He called efforts by Republicans to challenge electoral college votes for President Joe Biden “anti-democratic and anti-conservative.”

After the election, Ryan also said that Trump should accept the results of the 2020 election, and “embrace the transfer of power.”

Kinzinger, Other Never-Trumpers Portrayed By The Media As ‘Rebels’

Much like his colleague Rep. Liz Cheney (R-WY), who was recently removed from a GOP leadership position, Kinzinger is portrayed by the media as being someone who is alone in his beliefs, who is in a “its lonely at the top” position.

A February New York Times article describes him as someone who “now faces the classic challenge for political mavericks aiming to prove their independence.”

Not only is he seen by other Republicans much like Cheney, as ignoring the direction voters want to take the party in, but soon after his impeachment vote, a cousin put out a very public letter in which she says that Kinzinger had disappointed the family, and that, “You have embarrassed the Kinzinger family name!” The cousin added that she wanted Kinzinger to be “shunned.”

Kinzinger recently formed a Political Action Committee with the goal being to “reformat” the party by emphasizing low taxes, defense, and social conservatism. The one thing not mentioned however, is an America First Agenda.

“I stand with Liz,” GOP Rep. Adam Kinzinger says after Rep. Liz Cheney was ousted from her GOP leadership position.

“I’m all for unity and truth and truth cannot co-exist with lies…and I think that’s what Liz has been saying.” https://t.co/IHegldnEwN pic.twitter.com/dlzOLvz7l7

Clear Lines Have Been Drawn

Having Paul Ryan speak at any GOP event sends a clear message not just to the party but to voters as well. There is no doubt that Donald Trump is now, and will likely remain, the most influential person in the Republican Party.

But it becomes more and more clear that there are two distinct wings of the party. One sure way to gauge which one is more popular with voters will be when Donald Trump begins to hold rallies next month.

It will also reveal a lot about where conservative voters’ heads are leading up to 2022. Will they feel the need to chastise Adam Kinzinger and the others who voted to impeach Donald Trump by voting them out of office?

Back in February, residents of Kinzinger’s district were asked about how they felt about his vote to impeach Trump.

One of those residents, a 63-year old retired mechanical engineer had this to say, “If you want to vote as a Democrat, vote as a Democrat. Otherwise, if you’re a Republican, then support our president. Trump was the first president who represented me. The stuff he did helped me.”

Adam Kinzinger may be “at peace” with his vote. His constituents might not be.

It was a sobering moment to vote in support of impeachment today; to walk over to the U.S. Capitol, our symbol of democracy, and recall the violent insurrection we witnessed here just one week ago. This is not a vote I took lightly, but a vote I took confidently. I’m at peace. 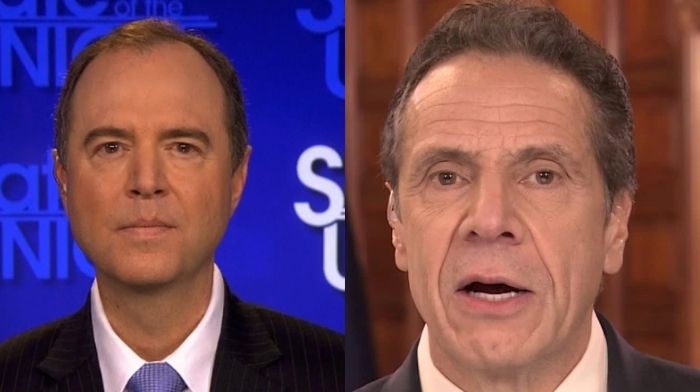