At a D.C. rally on Wednesday, President Donald Trump called on his supporters to march to that same Capitol and confront legislators, repeating false claims that the 2020 election had been stolen from him. Within hours, many of his embittered followers invaded the halls of Congress. In the days since, area residents, lawmakers, and those watching from other parts of the world have asked how such a breach of security could’ve taken place. But this week’s calamity wasn’t a logistical misstep or simple law-enforcement blunder. It was just one logical outcome of Trump’s twin passions: provoking his base with antidemocratic falsehoods and exerting authoritarian control over populations he deems disposable. In this case, the District had no real voice in the Capitol and no real autonomy to defend its own streets without federal approval.

Many local advocates saw Wednesday’s attempted coup—which left five people dead, including a police officer—as further evidence that D.C. should be a state. The attack at the Capitol was carried out by “people fooled by political leaders that there was fraud in the election, [but] what they were fighting against is mythical fraud,” Josh Burch, a co-founder of Neighbors United for DC Statehood, told me. “The real fraud is that we call ourselves a democracy yet deny the people of our capital political representation.” Now, following a day of mayhem and fear, all Americans have a clearer window into the stakes of granting D.C. statehood. […]

“I am heartened that our police and Guardspeople were able to get control. I’m upset that 706,000 residents of the District of Columbia did not have a single vote in that Congress yesterday despite the fact their officers were putting their lives on the line to defend democracy.”
~~Muriel E. Bowser, mayor of Washington, D.C., Jan. 8, 2021

To see the Confederate flag marched through our Capitol by a seditious mob is to realize, once again, that the bloody injustices which sparked our Civil War have not been fully reckoned with by this nation. Not by a long shot.

At Daily Kos on this date in 2020—Gov’t reports 145,000 new jobs created last month. If typical, nearly half of them pay low wages:

A low level of unemployment is a good thing. At the very least, it reduces some suffering. So the fact that the past three years have seen a continuation of what began under President Barack Obama as a difficult climb out of a deep hole isn’t anything to be unhappy about just because Donald Trump now occupies the White House. But the situation is a lot more nuanced than can be revealed about the well-being of the labor force by a tally of who worked at least one hour during the survey period. […]

A key nuance is: How many of those millions of workers are earning decent money in those now-plentiful jobs, part-time or full-time?

The bureau reported that average wages for all workers rose in December by 3 cents an hour, and wages for production and nonsupervisory workers rose by 2 cents an hour. Last month, it reported that from November 2018 to November 2019, real (that is, inflation-adjusted) average hourly wages had increased 1.7%. This was combined with a decrease in the average workweek, which meant real average weekly earnings over this period fell 0.6%, resulting in a 1.1% increase in real average weekly earnings year over year. Weak by any measure. Especially in an economy we are told nearly every day is booming. Moreover, average wages skew reality, since higher earners lift the average and make prosperity seem broader than it actually is.

A Brookings Institution report released in November noted in its analysis that 53 million Americans between the ages of 18 and 64 qualify as “low-wage.” That is 44% of all workers. Their median hourly wage? $10.22. Median annual earnings? About $18,000. Well above the $7.25 federal minimum that hasn’t changed in a decade, and whose value has fallen to $6.05, which in no way is a living wage in most parts of the country. 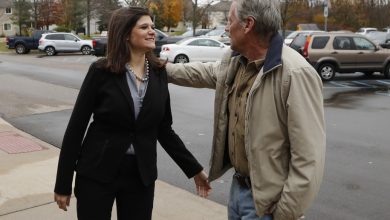