Members of the US Congress say they want to treat China harder and put human rights at the forefront of the relationship. However, officials failed to use the panel's strongest legislative levers in response to crises such as the Xinjiang labor camps and the new Hong Kong National Security Law. Talks with more than 20 Republican and Democratic staff members make it clear that Congress is unlikely to act independently without direction from the executive. Biden's government must move Congress forward if it wants tough laws to combat human rights abuses in China.

Many members of Congress have expressed their horror at China's forced detention and labor camps for Uyghurs and other ethnic minorities in Xinjiang. The Uyghur Forced Labor Disclosure Act and Uyghur Forced Labor Prevention Act (both 2020), the two most stringent pieces of legislation aimed at removing the products of forced labor from American supply chains, would be for most lawmakers in favor of a decide, presumably a no-brainer, fighting with China. 163 Republicans in the House voted against the disclosure law, however, and while it has passed the House, there's little chance it will get picked up by the Senate. The Prevention Act, the narrower of the two, was approved almost unanimously by parliament, but it may not see a vote in the Senate either.

The main obstacle is that the bills are re-examining the American supply chains in Xinjiang. The Prevention Act designates imports from Xinjiang as guilty of being forced labor until proven innocent and requires that Customs and Border Protection (CBP) have "clear and convincing" evidence that all imports from the region are clean . The disclosure law goes one step further and obliges public companies to actively examine supply chains in Xinjiang.

The US Chamber of Commerce, which represents the interests of American companies in Washington, has spoken out against the bills. The board argues that the bills would cause American companies to avoid businesses in Xinjiang altogether, which ultimately harms rather than helps Uyghurs. "A well-intentioned effort to resolve abuses related to the mining of conflict minerals in the Democratic Republic of the Congo (DR Congo) has in many cases worsened the situation on the ground," the chamber wrote in an open letter to Congress. "(It) prompted many companies to put a de facto embargo on material from the region that then harmed legitimate miners."

The board's allegations contradict the findings of the United Nations Expert Group on the Congo, which stated that US actions there "had massive and welcome effects" and "should not and must not be thrown away or weakened". The Congolese case is also not a good point of comparison. Only a few warlords used forced labor there; in Xinjiang it is official policy. However, the impact of the law on the Uyghurs is not the Chamber's main concern. The group is believed to be more concerned about the reputational and regulatory risks that bills pose to American businesses, as well as the costs associated with cleaning up supply chains.

Regardless of the reasons for the Chamber's opposition, the message was conveyed. In late September, 163 members of the House were voting against the disclosure law sponsored by Democratic MP Jennifer Wexton. "Republicans argued on the ground that doing this would somehow harm the Uyghurs because it would cause companies to stop sourcing materials from the region, ”said Mike Lucier, Wexton Legislative Director. "But that's exactly what it's all about. We should urge companies to reassess their supply chains in Xinjiang."

Both bills are facing tough battles in the Senate, with lobbyists from companies like Nike and Apple trying to water them down or neglect important provisions. Hill officials, who are close to the Senate Foreign Relations Committee, said that given this opposition, chairman Jim Risch may not push the bills at all.

Yesterday's decision by CBP to ban most of the cotton produced in Xinjiang from US imports doesn't let Congress off the hook. CBP's 15-strong forced labor division is unable to enforce such a measure. More resources to support investigations into circumventing companies, as well as fines and name and shame companies caught importing illegal goods would likely require action by Congress.

However, no bills have been submitted that would directly help the Hong Kong residents. For example, the Senate's Hong Kong Safe Harbor Act creates new refugee allocations for Hong Kong residents who fear political persecution. In the House of Representatives, Democrat Tom Malinowski and Republican Adam Kinzinger unveiled the more ambitious Hong Kong Freedom and Choice Bill, which created up to 250,000 visa positions for highly skilled Hong Kong residents over a five-year period. According to the logic of the bill, by creating this special category of visas, the United States would put pressure on China not to let conditions in Hong Kong deteriorate further so that more skilled workers from the city would not be evicted. If Beijing consolidates the region further, legislation will position the US firmly behind the people who are locally affected. Similar moves by the UK clearly got under the skin of Beijing.

But neither of the two bills saw a vote. Efforts to incorporate the Hong Kong People's Freedom and Choice Act into the National Defense Authorization Act to expedite its passage have been ignored by House leadership. Senate officials who worked on the Safe Harbor Act doubt that there will be a vote this year.

All of this means that the Biden government cannot sit back and expect Congress to press forward with aggressive human rights policies to deal with China. Instead, Congress must be actively urged to do so and, if necessary, act with executive powers.

This would reverse the traditional relationship between the executive and Congress on Chinese human rights issues. Since the Tiananmen Square protests, every president has tried to protect economic cooperation from the human rights concerns of Congress. Former President George H.W. Bush tried to decouple trade and human rights against strong opposition in Congress. Former President Bill Clinton pushed a large majority in Congress against Taiwan in order to jeopardize China's rise to the World Trade Organization. Under the outgoing President Donald Trump, the Uyghurs and Hong Kong were thrown under the bus in search of a trade deal.

President-elect Joe Biden takes office after classifying Xinjiang as genocide, but cannot rely on Congress to take action. Fortunately, the president will have significant leeway to move about. On Xinjiang, for example, he could instruct the Department of Homeland Security to implement new due diligence requirements for imports without Congress. In Hong Kong, Biden could unilaterally lift the refugee ceiling for applicants from the region or consuls directly expedite Hong Kong visa applications. Biden could also raise the profile of human rights issues by building an international coalition of countries to boycott the Beijing Winter Olympics in 2022.

While these measures would achieve valuable policy goals, they would lack the long-term institutional resilience and symbolic weight of Congressional legislation. To get US policy towards China back on a strong human rights basis, the Biden administration would better light a small fire behind Congress. Non-partisan coalitions have produced productive political responses to Chinese human rights violations. The Uyghur Forced Labor Disclosure Act and Uighur Forced Labor Prevention Act would end the hideous reality of imprisoned Uyghurs who manufacture goods for American consumers. The Hong Kong People & # 39; s Freedom and Choice Act would give vulnerable people the opportunity to opt out. These actions are just waiting for committee approval and a vote on the ground. A light push from Biden could get them over the line. 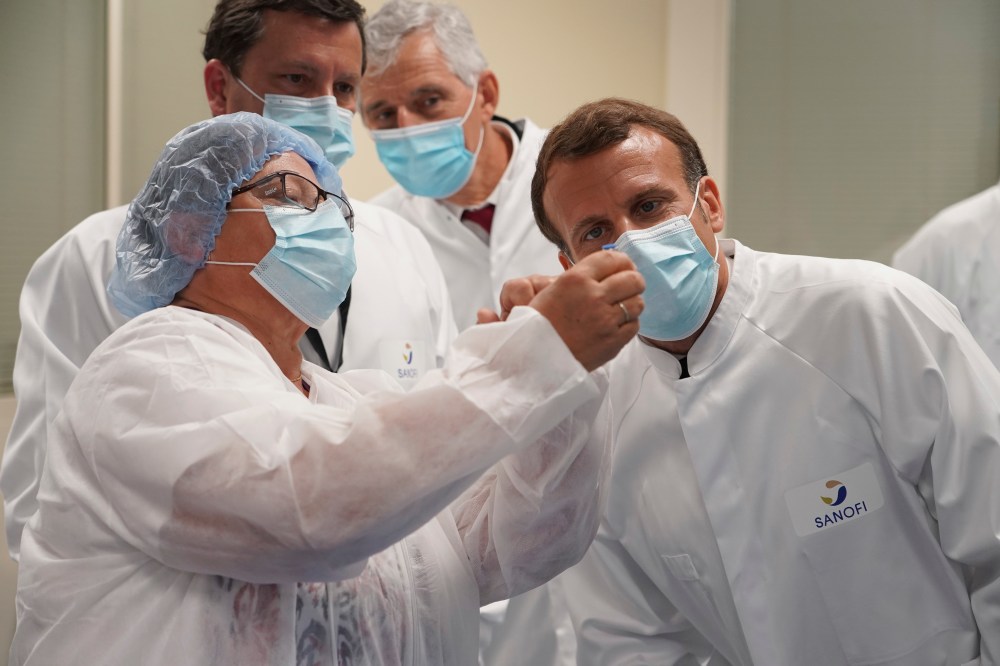 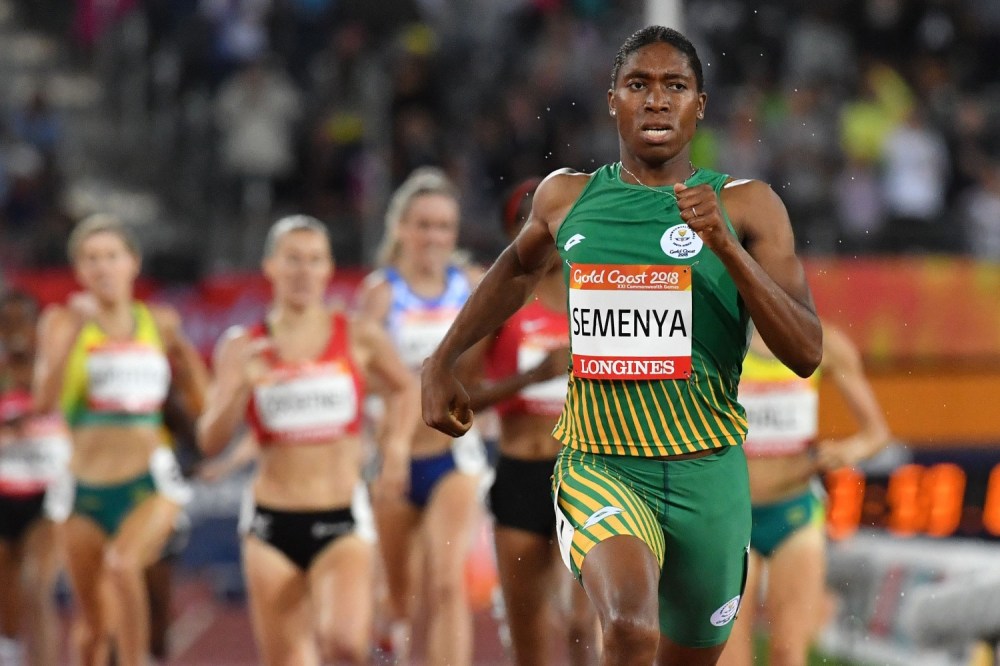 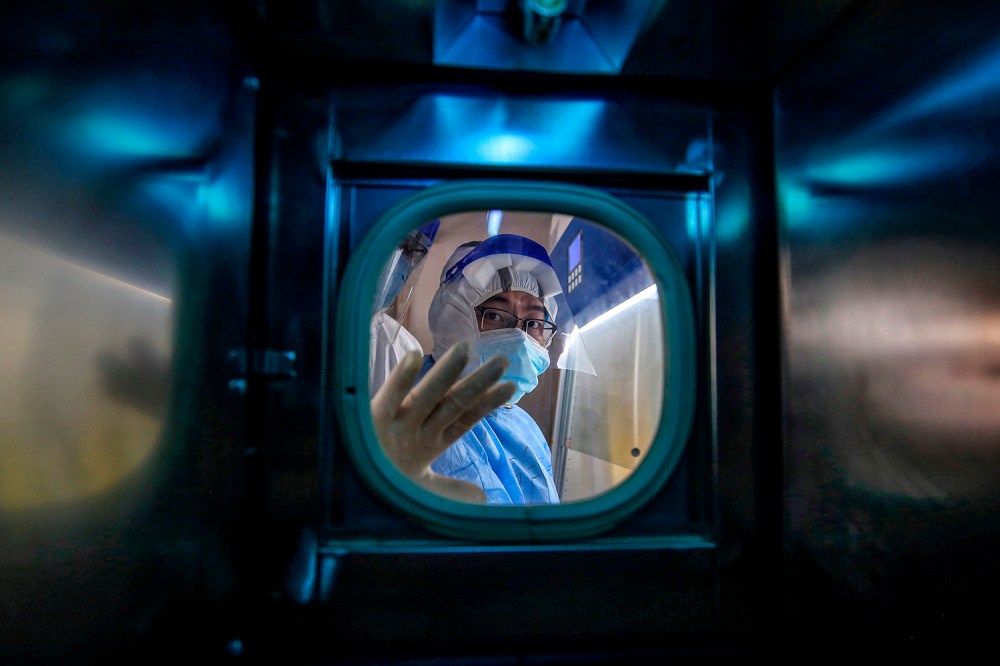